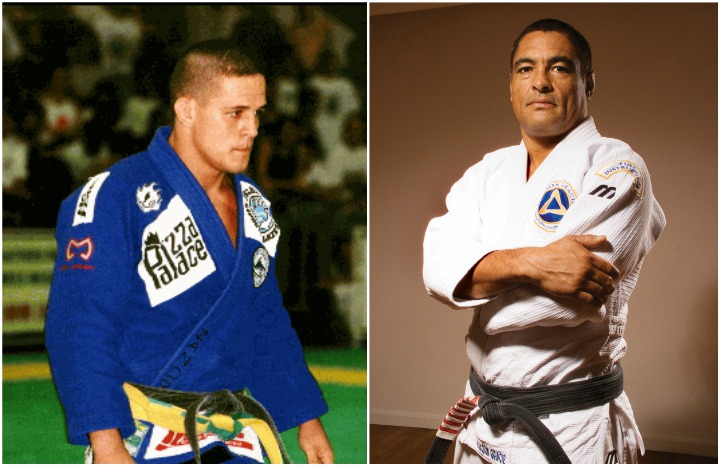 One of Rickson’s top students Henry Akins experienced these impressive feats first hand from the academy. 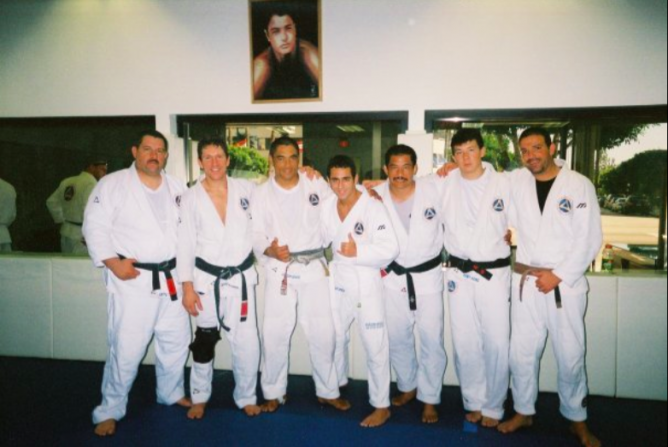 Henry Akins shared the story of how a 40 year old Rickson, who hadn’t trained for 9 months due to an injury, was able to defeat a 15 year younger Saulo Ribeiro when the two champions rolled at Rickson’s academy in the late 90’s. Saulo was at the beginning of his reign at the top of the BJJ world (He won 6 black belt world titles).

Nick: When you tell me that he could handle Xande and Saulo when he was 40, I find it kind of hard to believe. I mean, a 10 or 20 year age differential and a guy like Xande rolling with him. Is that even possible? Could you tell me a little bit more about that?

Henry: I’ll tell you a story that tripped me out. Rickson was 40 and he hadn’t trained in 9 months because he had injured his groin. So he comes to the school one night to teach because Saulo Ribeiro was in town and Saulo had just gotten back from winning the pan ams in Hawaii. Rickson put everyone to train and he wasn’t going to train, but I think Saulo asked him to train.

So this was Saulo probably in the best shape of his life and Rickson 40 years old and hadn’t trained in 9 months. They started rolling, and we were roling as well but we all stopped what we were doing and started watching. It was an amazing battle, just super high paced. Rickson ended up catching him twice in 9 mins.

One of the things I saw Rickson do was something that really helped me out later on: He used weight distribution to gas Saulo out. That was something so impressive to me, and I asked him about it afterwards. He told me: “I’m not in good shape, and I knew it was going to be a really high paced match, so I made sure to keep my weight on him so that he would get tired before I did.”

That was my biggest introduction to weight distribution…It was amazing that Rickson in his 40’s was able to gas out someone like Saulo who was 15 years young and in the best shape of his life.