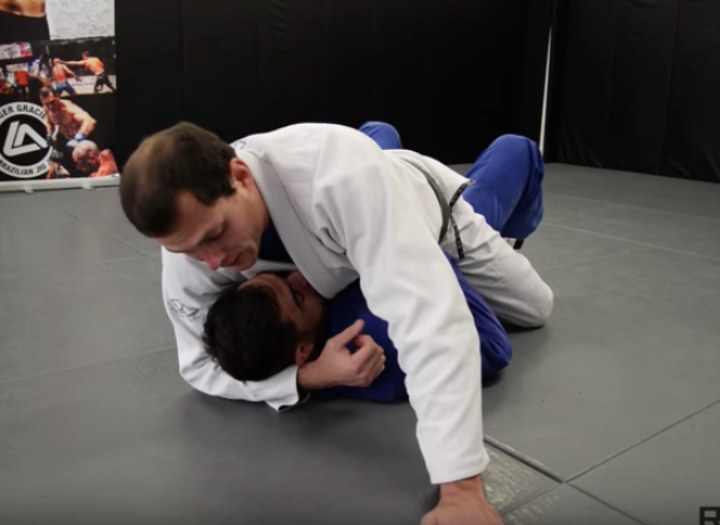 The mount position is one of the most dominant controlling positions in BJJ. It is one of the fundamental positions in Jiu-Jitsu and is arguably one of the most valuable lessons a student will learn that can be applied in a self-defense situation. Landing in the mount is a common position to be in a fight, so learning how to utilize it for offense and learning how to escape it can really be helpful. This article will discuss 5 attacks from the mount position.

What Is The Mount Position?

A mount is a position where a person or fighter lays on top of the opponent using the feet and the legs to create a strong set of wedges that will control and limit the movement of the hip and torso of the opponent, making the threat of submission more likely.

The mount is considered a dominant position as it allows the possibility to control the opponents’ head and arm, which can be used to transition from a controlling position into a submission, or in an MMA or self-defense perspective, to throw elbows and punches.

To get to the mount position, it is first necessary to pass the guard of the opponent. Once the guard has been passed, then we can think of getting to the mount. To perform the mount, lay on top of your opponent. The first detail is that soles of the feet must be up and glued as much as possible to the hips of the opponent to prevent movement; the legs must be under the arms to deny the opponent space and the chance to bring his elbows to the ground. It is important to stabilize your position and to keep everything tight. Even though the mount is a great position to be in, it must be performed with discipline, good balance, and great control to avoid being reversed by the opponent, thus losing the advantage and positional control.

Submissions From The Mounted Position

Now, let’s talk about the submissions we can do from the mount. Keep in mind that it may be challenging to pass the guard of an efficient guard player, so getting to the mount at times will take time.

After you have passed the guard and decided to go for the mount, here are 5 attacks you can do after securing the position. Remember that developing a good set of offenses will require drilling and live practice, so stay consistent!

The mounted triangle, as the name suggests, is a triangle done from the mount. A triangle is a submission where you wrap your legs around the opponent’s neck, leaving one arm inside the triangle and one arm outside. There are numerous ways to set up the mounted triangle.

A good way of setting up the mounted triangle is to first go to the high mount. Going to the high mount will give you better chances of controlling the head and arm of your opponent while the weight of your body is dropped onto his chest.

The second step would be controlling the arm of the side you wanted to do your triangle. To do so, start by attacking the elbows and slowly walk the arm toward the ninety-degree angle. Once the opponent’s arm is far from his lat, you can now focus on using your legs to pin and clear the other arm so that your opponent will not be able to block your leg that will do the triangle. After pinning the other arm, you can now pull the opponent’s head and do the triangle.

The triangle is a versatile submission that can be done from any position. As long as you can see an angle, there may be a triangle, so make sure to explore the other variations that may fit your type of game.

The cross choke is one of the basic submissions in Jiu-Jitsu. It is done with an initial four-finger grip inside the opponent’s lapel around the neck area and the other hand gripping with four fingers outside the other lapel without bending the wrist.

The second step is to pull yourself towards the opponent by bringing your elbows to the chest without flaring to prevent him from framing. It is important to hook your feet into your opponents’ leg to stabilize the mount; placing your head on the ground while pulling will also be helpful for added stability and to avoid getting reversed.

An armbar is a submission focused on hyperextending the joints of the elbows to cause excruciating pain. While there may be many ways to finish the armbar, the usual way is performed by pulling down the opponent’s wrist as their thumb faces the ceiling while using our hips to bridge and our legs to block the opponent’s head to control the near shoulder.

The armbar is a great technique that requires a lot of repetition to get used to with the pivoting movement of the hips. As the famous John Danaher said, get comfortable using your legs as it will always be stronger than your opponent’s upper body.

The Ezekiel choke does not require any athleticism. In fact, it has minimal requirements for it to work, which makes this technique applicable to grapplers of any background.

To perform the americana from the mount, first isolate the far side arm of your opponent and control his wrist. Once the wrist is isolated, you may now apply a monkey grip and sneak your other arm under resulting in a figure-four.

The americana can also be used as a threat and to set up other submissions and chokeholds. It is wise to drill it often and chain it along with other techniques.

Good control from the mount can dictate the result of a match. Generally, attacking from the mount can be rewarding and menacing as there is always the possibility of getting reversed; that is why it must be performed with discipline and proper timing of when to attack and maintain positional control. As John Danaher famously said, “position before submission.” 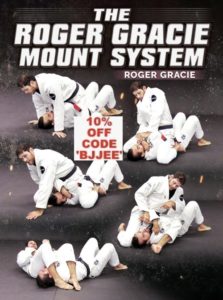