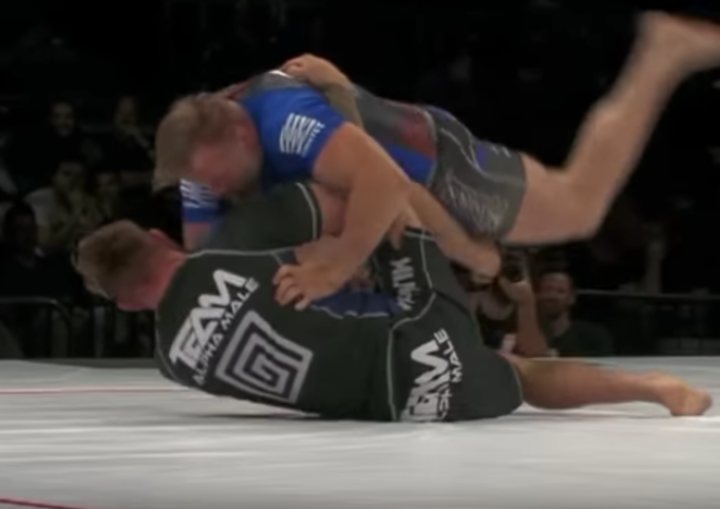 One thing that really separates a great competitor from the rest of the pack is their simple act of going for it. Just like in business, almost everybody has an idea, but so few actually act on those ideas. It’s the same in BJJ. We all know how to submit an opponent, but instead of just going for the kill, we hesitate. Hesitation can be your worst enemy because defense keeps you in the game, but its offense that wins it.

We first should explore why people hesitate on going for the submission. Number one is fear. A persons ego has a few jobs and one of them is to naturally avoid failure, because that could potentially give yourself a negative reality of your capabilities. And that can hurt. So you might be in a dominate position all set up for that perfect submission, but the fear of losing the position, fear of losing the match, fear of maybe this isn’t the perfect time to attack, well all this creates hesitation.

Personality also plays a huge factor. We all know and admire a BJJ practitioner who just goes for it. They thrive to compete and have the confidence that they can be the best around no matter who they are matched up with. That would an ideal mind set but the reality is that there are many passive players as well. They are happy to survive until a submission literally just falls onto their lap. They are slow starters and unless there is a huge skill difference, the matches usually end in stalemates. Nothing wrong with this when it comes to learning and training for the most part, but if you want to compete, be able to turn it on in a real fight or bring your game to the next level, you will need to break through that hesitation and just go for it.

Easier said then done, but there are a few training methods that can get you out of the hesitation mindset. One drill is to set your round timer for 5 minutes, but with 1 minute intervals. When the one minute interval goes off, you and your partner pause and you attack where ever you two ended up. The partner does not need to give full resistance in this moment. The chances are no matter where you end up, you will know an attack option, so this drill gets you in the mode of attacking whenever you need to instead of waiting for the perfect moment. Another great drill is the attack roll. Only one guy can attack per round. So the aggressive roller does not have the fear of being countered or submitted, he just has to focus on the submissions. This drill also helps the partner work on his defensive game.

You watch Gordon Ryan, Garry Tonon or Andrea Galvao compete and roll, and what separates these guys besides solid technique and strategies is their go for the kill mentality. BJJ often times gives us the opportunity to grow as a person and this is a perfect example of this. Finding the balance of aggression and letting go of our fear of losing. The Samurai had a pre battle mind set, accepting that you will die in this battle, because once you accept that idea, you stop fearing it. That fear alone increases your chance of defeat, so just go for it. Add these training ideas into your regimen and put a few minutes visualizing your aggression and watch the progress happen.