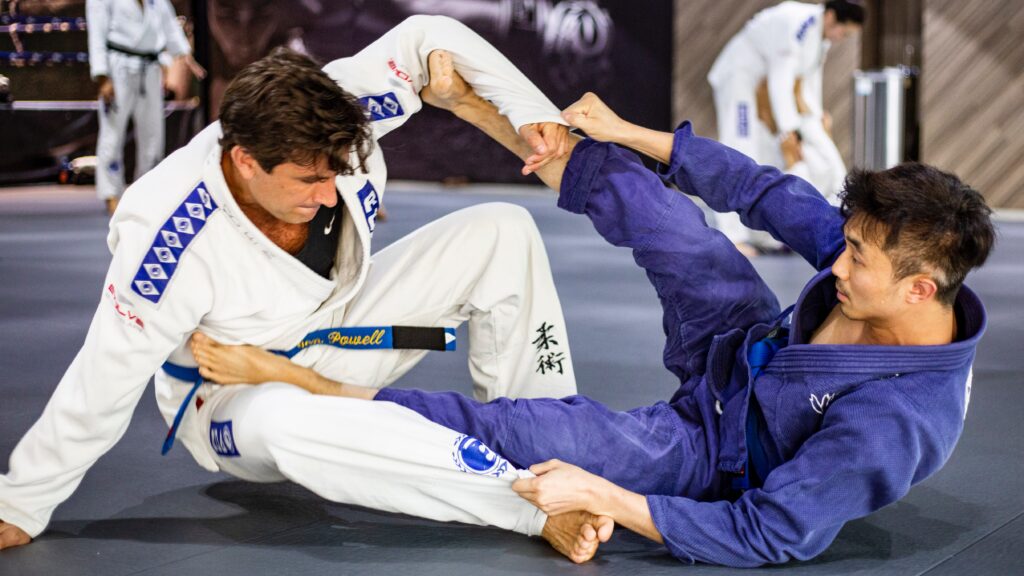 So you’ve finally followed through and signed up for a BJJ class in Singapore. The next step is to attend your first training session. It’s normal to feel a bit anxious about your first day at the BJJ gym, but there’s nothing to be worried about. Everyone deals with the initials jitters when doing something new, but once you’re at the gym, you will quickly realize that you have nothing to worry about.

Remember, every single Brazilian Jiu-Jitsu practitioner was once a white belt walking into their first class. There are no exceptions to this reality. Everyone at the BJJ gym you decide to train with, from your instructors to other students, know exactly how it is to be a first-day student, and they’ll go out of their way to make you feel comfortable.

Once you have your first class under your belt, you’ll realize there was nothing to be nervous about in the first place. You will no longer feel nervous about attending BJJ class after that, it will become something that you look forward to every day.

Allowing feelings of anxiety to prevent you from attending your first class will only keep you from enjoying the many awesome benefits of BJJ. Here are a few reasons why you won’t regret going to that first BJJ class:

1) Learning BJJ will get you in remarkable shape

There are few activities that work your core muscles the way BJJ does. The impact regular training will have on your physique will do wonders for your self-esteem.

Training BJJ will strengthen your core in a way few others actions can. That’s the reason why it’s common to hear people use the expression “that person has grappler’s strength” in the mixed martial arts community. People who have years of grappling experience tend to be exceptionally strong. A good example of this phenomenon is the UFC’s Khabib Nurmagomedov, who consistently ragdolls bigger, stronger-looking opponents with his world-class grappling.

A BJJ class will also help you improve other physical attributes like balance and flexibility. It’s literally one of the best things you can do for your health. Now, do you really want to miss out on all that simply because you are nervous about attending your first class?

2) BJJ will teach you how to defend yourself 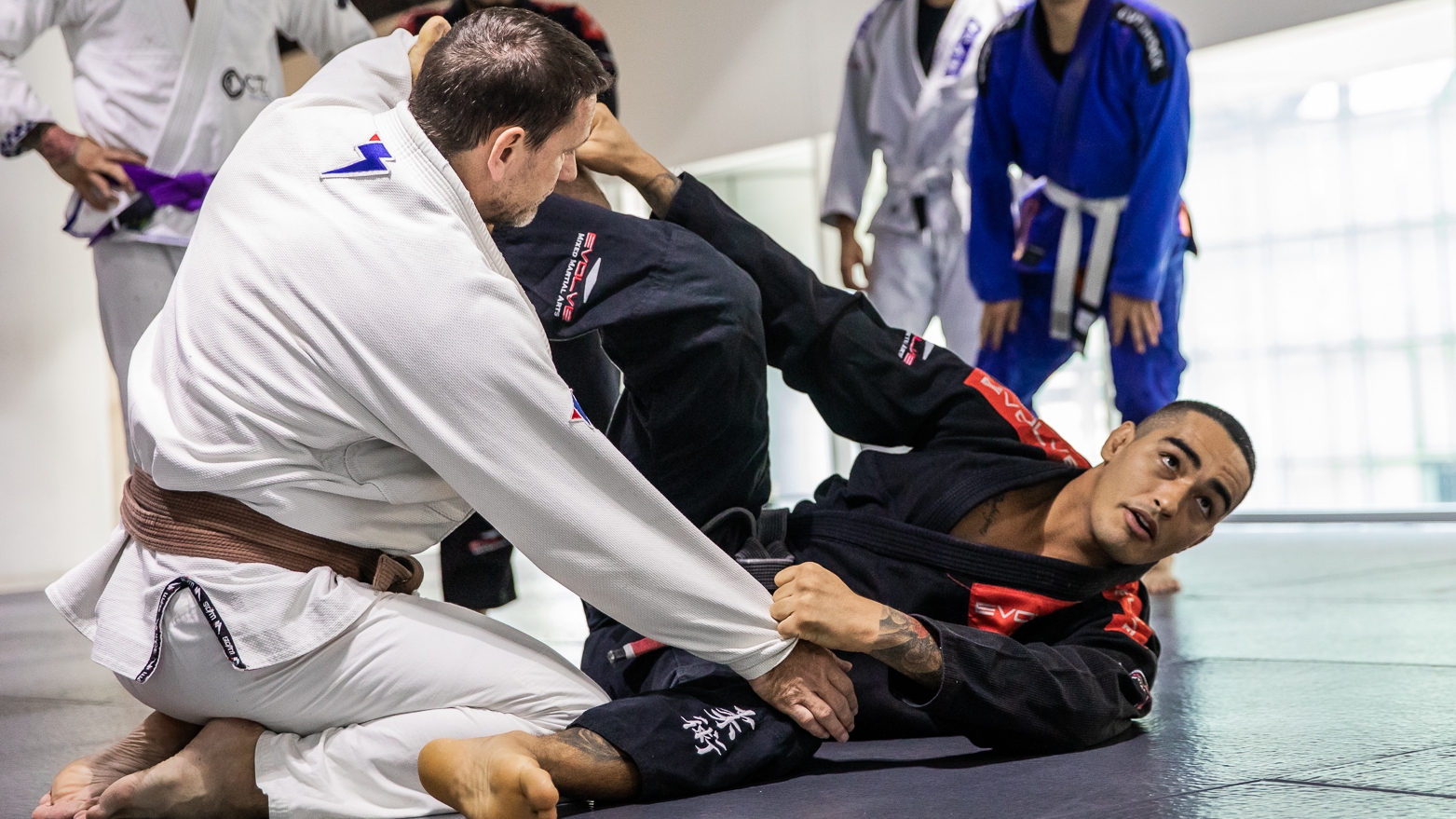 There’s no question about it. BJJ is one of the most effective martial arts for one-on-one scenarios. It’s been proven numerous times at mixed martial arts competitions and by law enforcement officials all over the world.

The effectiveness of BJJ comes from the fact its techniques allow smaller, weaker people to defeat stronger opponents. The ability of BJJ practitioners to bring a fight to an end at any moment by applying a submission is another major advantage. Then, there’s the fact BJJ also teaches you how to subdue an opponent without harming the person or getting harmed yourself. That’s what makes it so popular with law enforcement and security agencies.

3) Learning BJJ will make you a more balanced person 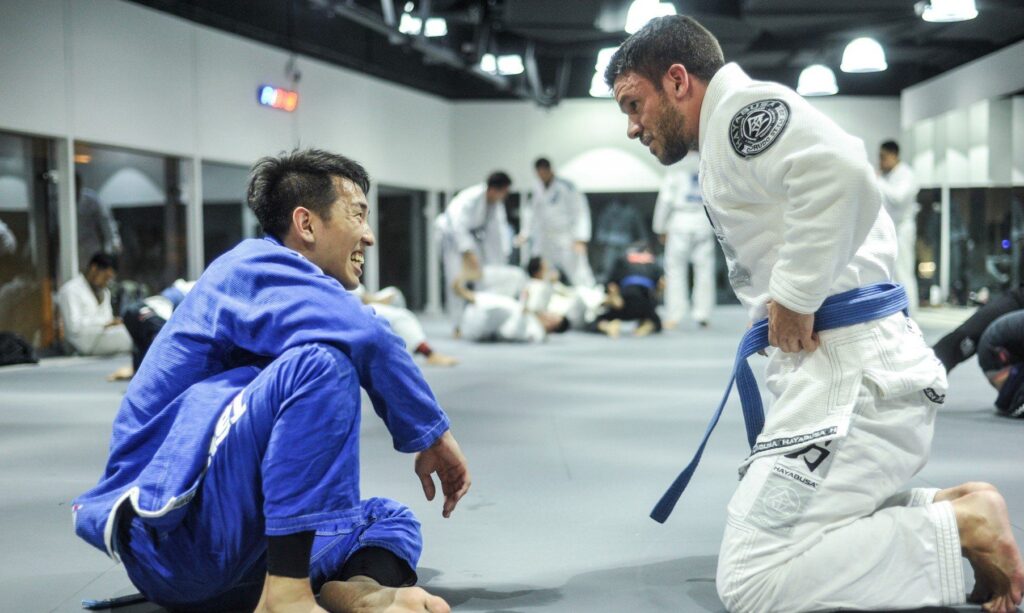 A pre-roll chat during a BJJ class at Evolve MMA (Far East Square) in Singapore.

Brazilian Jiu-Jitsu is a lot more than just learning cools ways to subdue and submit opponents. It’s also about becoming a more balanced person. It’s about learning the importance of self-discipline, self-control, respect, perseverance, and hard work. It’s about learning how to listen carefully and absorb what is being taught to you.

The non-physical benefits of training BJJ don’t stop there. Training regularly will also improve your problem-solving skills. Brazilian Jiu-Jitsu is often compared to chess and for good reason. It’s a very cerebral martial art, and when two equally-skilled opponents are matched up, the victor is usually the person who manages to outthink the other. BJJ is about being two or three steps ahead of your opponent.

Learning BJJ will also lower your stress levels. When you perform an intense physical activity, your brain releases feel-good chemicals like dopamine which improve your mood. The physical exercise also ensures that your body is tired when it’s time to go to bed. 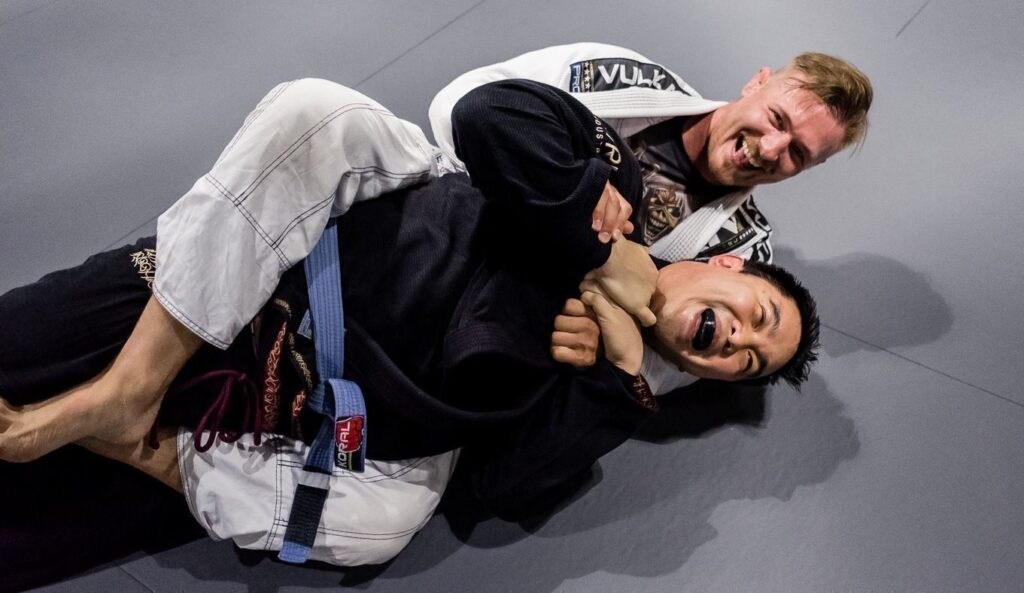 The bonds you will build in the BJJ gym are priceless.

One of the awesome benefits of learning BJJ is all the cool people you get to meet and train with at the gym. Martial arts tend to attract a positive crowd of people, and reputable gyms won’t tolerate toxic instructors or students.

Your passion for BJJ will serve as common ground you can use to form bonds with your teammates, and they will serve as your support system when you need one.

5) It will never get boring A student learning how to do an armbar at Evolve MMA (Far East Square) in Singapore.

It’s virtually impossible to learn every single BJJ technique there is. Even highly decorated black belts still have a lot to learn. It’s a never-ending journey, one that comes with many benefits. Other fitness activities like running, swimming, or biking gets repetitive really quick, but BJJ is a completely different story.

Every class is unique in its own way. You are constantly learning new techniques and rolling with different people. One day you’re learning takedowns, the other you’re learning arm locks. Each BJJ class is like a gift. You never know what you’re going to be doing until class starts.

Learning BJJ will never feel like a chore you have to do just to reap the rewards. Instead, it will be something you constantly look forward to. One of the best parts of your day.

With so many things to gain from learning BJJ, it’s easy to see why it’s important you overcome your first-day jitters and attend your first class. You’ll never feel nervous about attending BJJ class again once you get that initial session under your belt.

As mentioned, it’s all about overcoming that anxiety and taking the plunge by attending your first BJJ class. Once you finally see what a BJJ class is like, you’ll wish you had started sooner! Sign up for a complimentary trial class today to find out why so many people consider the BJJ gym their second home.