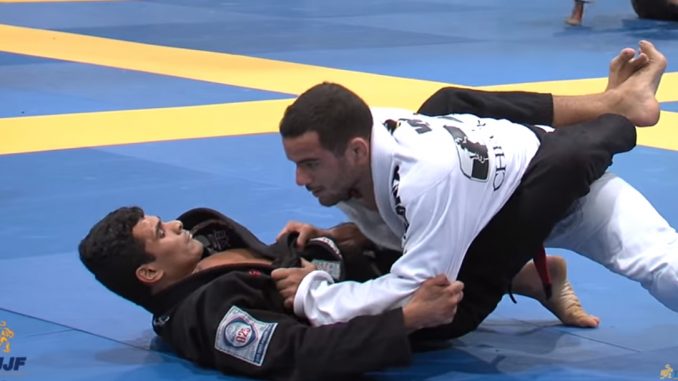 The Guard Pull in Brazilian Jiu Jitsu is often portrayed as „unmanly“, „cowardly“ and as „something which only those without takedown game would do“. Now, everyone is entitled to their own opinions, of course – but you’ve got to realize that almost everything in BJJ and grappling has its place and time for use… And such is the case with the Guard Pull as well.
Here are two situations when the Guard Pull is actually useful; and general tips on how to execute it better.

Honest to heart, how good are you in takedowns? No, not „how good you’ll be“ in takedowns, but how are they going for you right now?

Truth be told, everyone wants to be good at takedowns; but not everyone can be good at them. You may simply not be talented – skillfully, or in regards to strength and/or explosiveness. Or maybe your academy just doesn’t put a lot of emphasis on the standup game, so you’ve never gotten an opportunity to really practice them. Alternatively, perhaps it does have really good standup classes and instructions… But you haven’t had the time to train them with proper focus, as you chose to place your attention on ground game alone.
All of that is understandable and cool. But just remember that when the time of competition comes: you aren’t good at takedowns and you haven’t trained them enough. With that being said, when you step on those mats, your best choice may be to pull Guard.

GUARD PULL WHEN YOUR OPPONENT IS BETTER

Hmmm… But what if you actually are good at takedowns? You might’ve actually invested some really solid efforts into practicing them and they’re one of your stronger sides; which makes you a more complete Jiujiteiro. If that’s the case, well, congratulations! You can go into that tournament with more confidence that you’ll be able to hold your grounds while standing up – and that you’ll lift your opponent off of it.

But, what if you square up against someone who’s extremely good at them? What if you’re fighting against a black belt Judoka or a guy who has been training Wrestling for years and years on end? Sure, you could go head to head with them, try and test your skills… However, there’s a minimum chance that you’ll throw them; and a really high chance of you going head-down towards the floor instead.
In this case, it would be smart to reconsider your ego. Don’t try to prove yourself against someone whose takedown game is much stronger than yours is. After all, if you wouldn’t willingly go into a Leglock battle against the guy who’s known as a Leglock specialist – why would you do the same thing with takedowns?

Swallow your pride and go for the Guard Pull. Then, use other parts of your skill set to prove your point.

HOW TO GUARD PULL? SOME BASIC POINTERS

So you’ve pushed your ego aside and decided to be realistic, pulling Guard when necessary. However, it’s not enough to „just do it“.
For starters, you should know what you want to achieve with the Guard Pull; you need to know what your next step after it is. But to know that, you need to practice pulling the Guard in training – it’s a technique just like any other, which you can use for a number of setups. And lastly, don’t just sit down. Try to unbalance your opponent as you go for it; best by pulling their Collar down, breaking their posture – and leaving them in a much more vulnerable place than otherwise.

BJJ world champion Rudson Mateus always does the same thing: closed guard pull, to submission or sweep on EVERYONE. In this video, he shows how he does it: 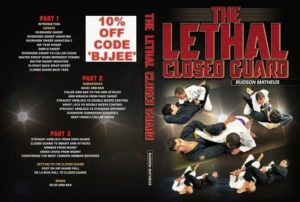