Here’s Why Technique Is More Important Than Strength In BJJ 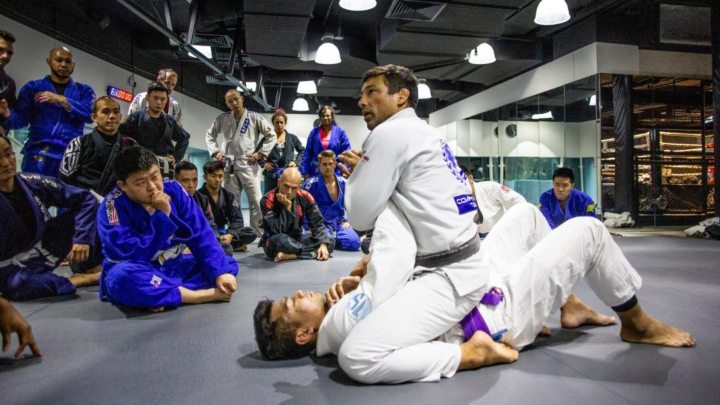 Strength has never been the focus of Brazilian Jiu-Jitsu (BJJ). Dubbed the gentle art, Brazilian Jiu-Jitsu focuses on using leverage to defeat bigger, stronger opponents. The godfather of this martial art, Helio Gracie, was scrawny and undersized for most of his life. His handicap was one of the things that motivated him to modify traditional Japanese Jiu-Jitsu into something that was more effective for people smaller, weaker people.

The effectiveness of Brazilian Jiu-Jitsu has been proven many times all over the world. The early days of mixed martial arts were dominated by Royce Gracie – who often went against bigger, stronger opponents. Most of them failed to give him much of a contest. He typically dominated them from the opening seconds of the fight until the opponent tapped in submission.

He was able to do all this because he had a masterful understanding of leverage thanks to a lifetime of learning BJJ.

Understanding The Importance Of Technique In BJJ

While most experienced BJJ players would agree that technique trumps strength, it does not mean strength and other physical characteristics do not play a role in BJJ. If that was the case, there would be no reason to have weight classes at BJJ tournaments. Size, strength, athleticism, explosiveness, endurance, flexibility, agility, dexterity and many other factors play a role whenever two BJJ players clash.

Technique just happens to be the most important factor. If your technique is better than a person who is bigger or stronger than you, your odds of emerging victorious are pretty good.

A popular move that clearly illustrates how BJJ techniques can negate strength is the rear naked choke. The Brazilian term for the technique does it more justice. It is called “mata leão,” which means the lion killer. It is a blood choke that leads to a loss of consciousness if the opponent refuses to tap out. It is virtually impossible to get out of the submission when it is applied properly. Being stronger than your opponent won’t do much for you if you find yourself on the receiving end of that choke.

Good technique allows you to secure such match-ending submissions on an opponent.

There are no shortcuts when it comes to learning techniques. You need to drill them over and over until they become second nature to you.

Strength Can Be Useful As Well

While technique is the most dominant factor when it comes to determining the outcome of any given BJJ match, strength is typically not a disadvantage. It only becomes one when the student’s growth in the gym is stunted due to an over-reliance on strength.

For example, a white belt who is physically strong might be able to overwhelm other white belts with their strength, but they won’t be able to negate the techniques of the more advanced students. If that student becomes comfortable with the fact he/she can force others to submit using brute strength, it will hamper the person’s development.

The person will develop a grappling style that focuses mostly on using strength to secure submissions and advantageous positions. Such a person would likely run into problems when they face elite level competitors – who are just as strong but with significantly sharper technique.

The Role Of Strength In BJJ

Strength, like any other physical characteristic, can be beneficial to a BJJ player who realizes it is not as important as technique. It is a tool that should be used to your advantage, but not the main focus of your BJJ game.

There are many BJJ techniques that are better suited for stronger people like the Kimura or Americana. Like all BJJ techniques, these submissions take advantage of leverage, but strength plays a bigger role when it comes to defending against or finishing them.

As a BJJ player, you can also use your strength to wear down your opponents when you roll. You can make them carry your weight, apply crushing pressure from the top, and wear them out with it.

A good BJJ player learns to use all the tools at their disposal, including their physical strength.

Good technique should be the focus

If you are starting your quest as a BJJ practitioner, improving your techniques should be your top priority. You will enjoy a lot more success on the mat when you make being technically proficient your number one priority.

As important as technique is, focusing on it does not mean you should ignore all the other factors that can affect a BJJ match. For example, intelligence is one of the factors that can determine the outcome of a BJJ match. Many high-level BJJ practitioners tend to be very cerebral. The sport is often compared to chess given how much a person’s analytical and problem-solving skills can be an advantage.

You can improve your problem-solving and analytics skills by regularly solving math problems or playing logic and strategy games like chess. However, working on your problem-solving skills alone instead of improving your BJJ techniques will not make you a good grappler.

To get the most out of your training, focus on the one thing you know matters the most while working on other things like your problem-solving skills, flexibility, balance, cardio, speed, strength, timing and flow when the opportunity presents itself.

It is the combination of all these things that determine how effective your BJJ game is. Always remember this is the “gentle art.” If you find yourself using a lot of energy or strength to execute a move, you are probably doing it wrong.

If you plan to compete and focus only on learning technique, you might not get the results that you want when you run into a stronger opponent whose technical proficiency matches yours. When two equally skilled opponents are matched up, other factors like strength, explosiveness, intelligence, flexibility, and agility become more important.