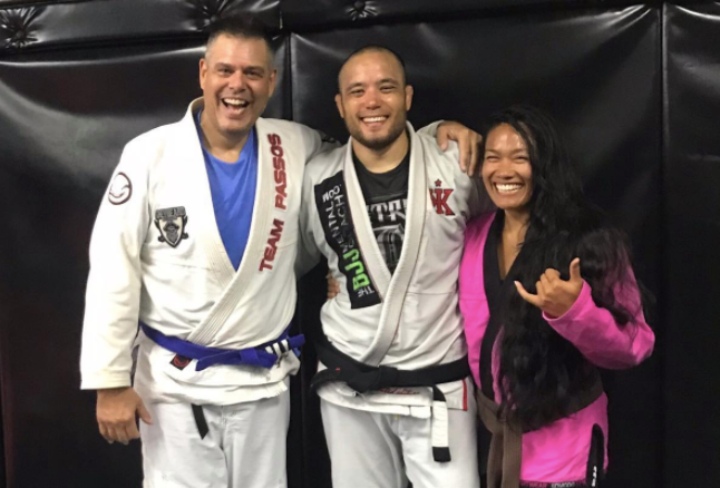 The world can be a wacky place. People tend to downplay certain things and inflate their focus on other ones, making them much, much more important than they really are. And two of those things are race and nationality.
However, in the vast majority of cases, these two topics are absolutely of no interest when it comes to BJJ. Why is that?

BJJ IS MORE IMPORTANT THAN ANYTHING ELSE – INCLUDING RACE AND NATIONALITY

When race and nationality are the most important things for a person, it’s often the case that this person doesn’t have much of anything else to focus on. Unfortunately, the people who are racist and nationalistic are often the same people who don’t have many goals in life… They haven’t developed a too good of a sense of personal identity, they possibly don’t feel too great about themselves, and are thus finding their sense of worth and belonging solely in group identities.

Now, the group identity is a very important psychological aspect for every individual. All of us need to feel as if we belong somewhere, that other people want to hang out with us and that we share the same ideals as they do. And feeling as a part of a race or nationality is no different; it’s completely natural.
But the problem appears when race and nation become the most important thing for a person. Which is why BJJ is so great!

Jiu Jitsu gives people the feeling of belonging. It makes them feel appreciated, loved and cared for; as well as that they’re surrounded with like-minded individuals. And, perhaps most significantly, BJJ is the most important thing while you train.
It’s the force that unites everyone on the mats, no matter the color of their skin or national background. With BJJ on the forefront of everything that you do – with the goal of becoming better in it – race and nationality turn into totally obsolete factors.

All that matters is that you’re rolling with a training partner that’s teaching you how to become better at a martial art you both love.

It’s important to emphasize that, yes, being aware of one’s race and/or nationality is arguably a good thing; and pretty much necessary for the psychological development of any person. However, when they’re brought up in situations and places where they are all but irrelevant… That’s when problems occur.

And of all the places, it’s on the mats that race and nationality reach the height of their unimportance. All that the mats care about is the good, positive atmosphere of people rolling together. As soon as something negative, such as the focus on race and nationality is brought up – either during a conversation or in some other situation – the person in question is met with the „what are you talking about, man?“ looks.
In other words, it’s often the people in the BJJ academy that flush out any negativity and nonsense that enters it.

This is no different from kicking out a guy that’s a newcomer and rolls too harshly with others. If he doesn’t humble down, it’s not really the instructor that needs to kick him out; it’s the people who train that will do it for him.
That is, the guy who rolls too harshly or who puts a lot of emphasis on nationality and race will soon get „evicted“ by gym enforcers and other Jiujiteiros in the academy.

BJJ is a place for everyone. All other things may be important, too; but while you’re on the mats, it’s Jiu Jitsu that takes precedence over everything else.