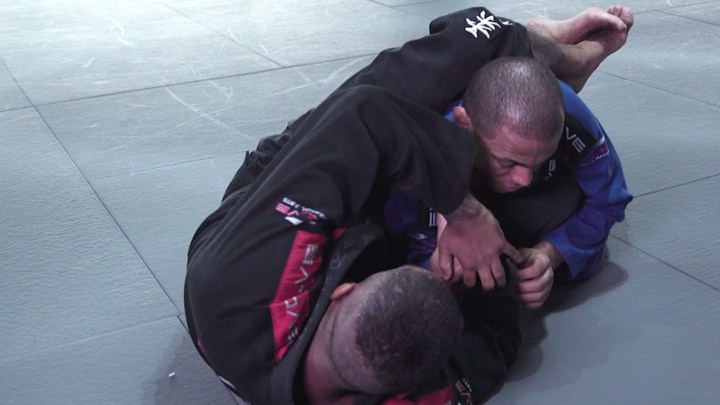 Given the effectiveness of the submission, as well as the immense number of positions that it can be utilized from, it is fair to argue that the wrist lock is perhaps one of the most underutilized submission holds in Brazilian Jiu-Jitsu (BJJ). Not only is it a powerful maneuver that will force your opponent to tap out quickly, but it is relatively low risk: attempting it won’t force you to sacrifice a dominant top position, or open your guard and potentially get passed. Take a look at our list of the best positions to use the wrist lock, and make sure you take the time to develop the mechanics of the wrist lock in a safe and controlled manner, as the lock can come on very quickly.

If you are brand new to the art of wrist locking, it would be wise to start your study of this submission in a position in which you have substantial control over your opponent. As the armbar position allows you to immobilize your opponent almost entirely, it is a great place to attack with a wrist lock.

Whether you set up your armbar attack from the top position, or started it from the guard and swept to the top, one common scenario is for your opponent to be on their back and defending their arm, while you are sitting on your butt and attempting to break their grip. In this scenario, it can be very difficult to break your opponent’s grip and hyperextend the arm, especially if they are substantially bigger than you. Instead of attempting to fight their powerful bicep and back muscles to get the armbar, a better alternative would be to attack the wrist lock.

First, if you are attempting to armbar their right arm, make sure that their right elbow is making contact with your stomach. Next, grab their right hand with your right hand, so that their knuckles are in the palm of your hand. Begin to compress your grip into your chest, causing their hand to bend. Once a slight bend has been achieved, you can go ahead and add the assistance of your other hand, placing it on top of your own. To finish the lock, pull your hands into your body as you drive your stomach forward. The combination of these movements will compress their wrist, forcing them to tap out to the wrist lock.

Much like the armbar, the closed guard is a great place to hit the wrist lock, as you have a lot of control over your opponent’s body, allowing you to eliminate their explosive movements. While you can absolutely attack the wrist locks from triangles, omoplatas, armbars, and a plethora of other submissions that are set up from the closed guard, you can also use it when your opponent attempts to break your guard open.

One common way for your opponent to attempt to break your closed guard is for them to grab your belt, driving it up towards your head as they walk their hips back. This will allow them to pop your legs open and start to pass your guard. Fortunately, you can counter this with a powerful wrist lock.

As soon as your opponent grabs your belt, reach both of your hands to the back of the elbow that they placed on your belt. Now, using your abdominal muscles and the grip on their elbow, pull your back up off the mat as if you were doing an ab crunch. This will bend their wrist backward, locking it in place against your stomach. To finish the submission, use both of your hands to pull their elbow down to the floor as if you were trying to touch their elbow to their fingers. This will put immense pressure on their wrist, forcing them to submit. This wrist lock is particularly powerful, so make sure you apply it slowly.

Once you have begun to learn the basics of wrist locking from the closed guard and armbar positions, you are likely ready to move on to attacking wrist locks from more and more positions. Although it offers you less control over your opponent than the previous two positions, one great position to attack with a wrist lock is from top side control.

Perhaps the first thing you should do once you have passed your opponent’s guard and established side control is to begin using your shoulder as a cross face. By using shoulder pressure to force your opponent to look away, they will become very uncomfortable and attempt to alleviate pressure by pushing you away with their far side arm. This is the perfect time to attack with a wrist lock!

As your opponent attempts to push you off of them with their free arm, they will likely place their hand on your collar bone or neck area. The first step is to drop your chin on top of their wrist, forcing it to bend and locking it in place. This will keep your opponent from being able to retract their arm once you begin to apply the pressure of the hold. Next, reach both of your hands to the elbow of the arm you have trapped. As you pull up on their elbow, flaring it open, drive your collar bone forward. This will compress your opponent’s wrist, applying the wrist lock. If you are having a hard time finishing, you can add extra pressure by walking your hips around your opponent’s head, like the hands moving around a clock.

When a Brazilian Jiu-Jitsu practitioner first begins to practice the wrist lock, they will quickly discover that it is a fickle submission hold that requires a great deal of nuance and practice before it is able to be used effectively. If you are repeatedly failing to submit your training partners with the wrist lock, do not get discouraged, as this is perfectly normal. While you might be tempted to stop attempting wrist locks, this would be a big mistake. Stay with it, and it will quickly become one of your most power submission attacks!