Here’s How To Increase Your Grip Strength For BJJ 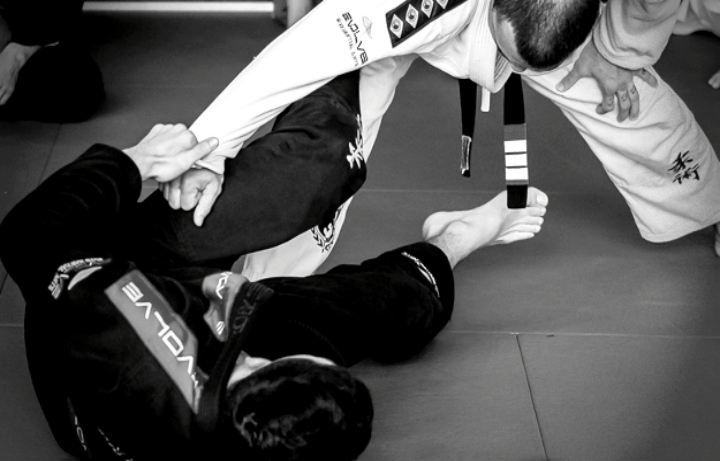 Guest post by Evolve MMA, Asia’s premier championship brand for martial arts. It has the most number of World Champions on the planet. Named as the #1 ranked martial arts organization in Asia by CNN, Yahoo! Sports, FOX Sports, Evolve MMA is the best Singapore BJJ gym.
There’s no doubt about it, a vice-like grip for BJJ is definitely an advantage.

Not only does it help you control your opponent, it also opens many avenues for transitions as well, by ensuring that you are in a stable position. There is a popular misconception that grip strength is just hand strength, when in fact, the grip involves everything from the muscles near your elbow to your fingertips.

Think about it, when you face an opponent with iron grips, how often are you able to escape or even win the match? In fact, you’ll notice in many competitions that competitors will start the match fighting for grips. They know that whoever has the stronger grip and a more extensive knowledge of grips has a greater chance of winning the fight.

There are two kinds of grip strength used in Brazilian Jiu-Jitsu:

This is the force your hand can make when closing a fist. This kind of strength usually comes into play when you are trying to grab ahold of your opponent’s gi to take him down or establish your guard.

Once the grip is established, this is when this strength is used. Static grip strength is how much the hand can hold in a grip before the resistance is torn from the finger’s grasp. This is also the same kind of strength you use when you are holding a barbell for a deadlift.

In BJJ, there are different kinds of grips utilized to control one’s opponent. Often, it depends on what you are gripping and what you intend to do with the grip.

Hook grip: This grip is used when playing spider guard, or any guard that involves grips on your opponent’s cuffs. Your four fingers act as hooks and curl into the cuff.

Pistol grip: Similar to holding the handlebar of a bicycle, this grip is often used on the pant legs or outside of the sleeves.

Two on one: Usually used for gripping the cuffs to break grips or control your opponent’s arm by using the strength of two hands to control them.

Collar and sleeve: One hand grips the lapel while the other controls the sleeve.

Below are the exercises used to build grip strength based on its application in BJJ:

1) Controlling your opponent so you can impose your guard game

Many martial artists and powerlifters use grippers to work on their crushing strength. Grippers are relatively easy to find in any sports store and come in different strength levels. Because of their portability and relatively low cost, they have become a popular tool for building grip strength.

2) Gripping and pulling your opponent close to you

Using the gi to build grip strength is probably one of the most useful exercises for BJJ. This is because it utilizes the friction and thickness of the gi to test your strength. You will realize that these exercises are some of the most applicable to your BJJ gi game as you will be constantly pulling on your opponent’s gi to control him/her.

Gi pull-ups are the most popular grip strength building exercise among BJJ athletes. Pull-ups work both your pulling and crushing strength, as well as your core strength. They also work your lats and rear deltoids, strengthening your back muscles at the same time.

To make the gi pull-ups more functional, you can add the motions you would typically use in BJJ such as grabbing the lapel, finishing the cross choke or the shoulders. This will also help you practice different kinds of grips as well.

3) Holding your opponent in a static position

Not only is the kettlebell one of the best tools for improving grip strength, it’s also a great way to build overall cardiovascular endurance and explosive power.

Ropes are much tougher to grip than a gi because of their thickness. Thus, they require the use of more muscle fibers and greater contraction of the finger flexors.

Growing up, we’ve probably swung from the monkey bars or hung from them more times than we can remember. As adults, we can also use these same exercises to build grip, upper body, and core strength. Gripping the bar requires a lot of grip strength, especially if you are moving from one side to the other. Doing so makes you hang on for a lot longer as opposed to just pulling yourself up.

Training your grip is undoubtedly beneficial for any BJJ student. It allows you to control your opponent and implement your game. As you work on strengthening your grip, remember, there is no substitute for training. To get better at BJJ, you must put in the extra time and effort to drill and attend as many classes to get better. While a strong grip would certainly benefit you, it can never replace great technique.