Here’s How To Do The Brabo Choke From Half Guard 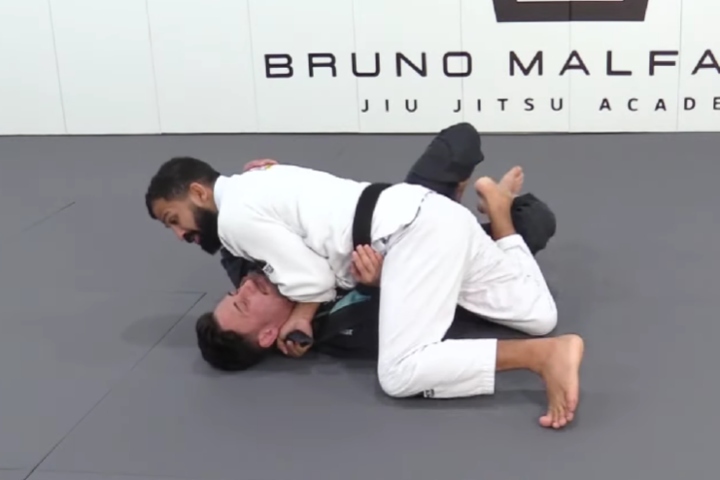 Brazilian Jiu-Jitsu has two main types: gi and no-gi. Technique-wise, submissions specific to gi BJJ require adjustments when applied in no-gi. This is primarily because of the availability of grips.

Take the D’Arce and the brabo choke as an example. In no-gi, the D’Arce can be performed directly as a variation of the arm triangle choke, but when adapted to gi, it becomes the brabo choke because the lapel is used to choke the opponent.

What Is The Brabo Choke?

The brabo choke is a BJJ submission that aims to trap the opponent’s arm as the top player applies pressure by dropping their chest on the trapped arm. Part of the technique involves gripping the lapel as you go behind the back all the way beside the opponent’s neck.

The finishing mechanics requires squeezing the side of the neck. This disrupts blood flow going to the head, thereby forcing the tap. It was originally developed for top players, as the choke can be applied either from half guard or side control, but it has been in constant development ever since.

If you’re stuck in top Half Guard and you’re, kind of, out of ideas so as to what to do next… Then going for the Brabo Choke could be a fantastic option (when your match or training session is in the gi).

Bruno Malfacine demonstrates how to set it up on the video below:

Master This Super Effective Passing System That Grapplers Of Any Size Can Use To Slice Through The Half Guard, From The Most Successful Smaller Grappler Ever – 10-Time World Champion Bruno Malfacine. 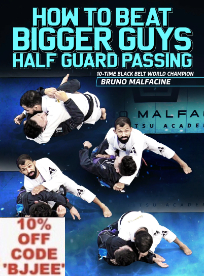