Here’s How To Defeat New-School BJJ 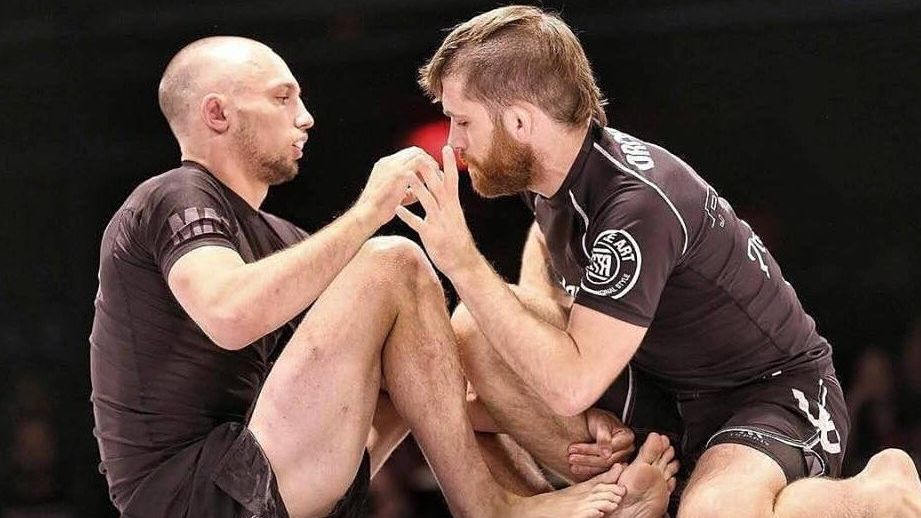 The world of Brazilian Jiu-Jitsu (BJJ) is changing. Since it first gained worldwide popularity following Royce Gracie’s domination at UFC 1, the art of BJJ has experienced a number of innovations. And while its fundamentals and general principles remain the same, the BJJ practitioners of 30 years ago would scarcely recognize many of the techniques being utilized in modern BJJ competitions. Guards and techniques like the berimbolo, 50/50 guard, and worm guard have taken the BJJ world by storm, leaving many traditional BJJ practitioners unsure of how to effectively deal with them. And while there is a divide in the BJJ community regarding the utility of these techniques, everyone should learn how to effectively deal with them — even those students who practice BJJ primarily for self-defense purposes. Below are some tips for dealing with modern BJJ techniques.

1) Pass from the knees

Many of today’s BJJ guards and techniques require a standing opponent. Therefore, in order to shut these maneuvers down, it is imperative to learn how to pass from the knees. Passing from the knees eliminates most of the openings needed by opponents to execute techniques like the berimbolo and guards like the 50/50. Even a single leg posted on the mat can leave students vulnerable to the De La Riva guard and a number of leg lock entries. There is a reason that these modern techniques are rarely successful against world-class BJJ practitioners — many of them pass the guard from the knees. Against this tried-and-true method of guard passing, modern BJJ techniques become largely ineffective. Therefore, all BJJ students should incorporate at least a few knee passes into their games.

A scenario that is common in modern BJJ competition is the double guard pull. The double guard pull occurs when both opponents attempt to pull guard at the same time. This results in a situation in which both practitioners end up seated on the mat facing one another. This provides the modern BJJ player with an opportunity to enter the 50/50 guard or establish a De La Riva hook to attempt a berimbolo. Therefore, if you end up pulling guard at the same time as your opponent, you should immediately transition to top position. Although you obviously pulled guard in order to attain the bottom position, it becomes necessary to change your strategy when your opponent also wants to play guard. The double guard pull position is simply too dangerous for those students who wish to avoid the modern BJJ techniques discussed above. Once top position has been established, the top student may then begin passing from his or her knees as discussed above.

3) In competition, sacrifice the sweep to avoid the back-take

When a berimbolo is attempted on a standing opponent, the student in top position usually begins struggling to prevent the sweep. It is during this struggle that the bottom student is often able to complete the berimbolo and take the top player’s back. While it is important to avoid being swept, when competing against an opponent who utilizes modern BJJ techniques, it is often a smart decision to sacrifice the sweep in order to defend the back-take. Skilled practitioners are able to complete berimbolo to back-take sequences quickly, catching their opponents by surprise. Therefore, when an opponent establishes a De La Riva hook and begins attempting a sweep, the top student should sacrifice the sweep and begin defending in order to prevent the back-take. Otherwise, the top player runs the risk of not only being swept but of also having his or her back taken, which is one of the worst positions a BJJ student can end up in.

4) Don’t allow your opponent to close the guard

Ending up trapped in an opponent’s closed guard is never a good thing. For the top player, there are few submission opportunities available from this position. For the bottom player, however, there are many. In addition, the bottom player has multiple options available for taking the back and sweeping the top player. In other words, the closed guard should be avoided by the top player at all costs. And this applies whether the bottom student prefers traditional or modern BJJ techniques. However, with the number of new techniques and innovations in BJJ, it is an especially dangerous position for those students who prefer to adhere to a more traditional grappling style. In addition, opening the closed guard sometimes requires standing if techniques from the knees are ineffective. And as is discussed above, standing in front of an opponent presents him or her with opportunities to execute a number of modern BJJ techniques. Remember—avoid the closed guard!

Whether you’re interested in self-defense, competition, exercise, or camaraderie, BJJ is the right martial art for you! When you begin practicing BJJ, you’ll learn both traditional and modern martial arts techniques, providing you with skills and confidence that you can use in daily life, competition, and even the workplace! And with a mix of both modern and traditional techniques available to study and practice, we can guarantee that you’ll never get bored with BJJ—there is simply too much to learn! But don’t just take our word for it—try it out for yourself! Contact us today for a free trial class, and we’re confident that you’ll fall in love with the timeless art of BJJ!