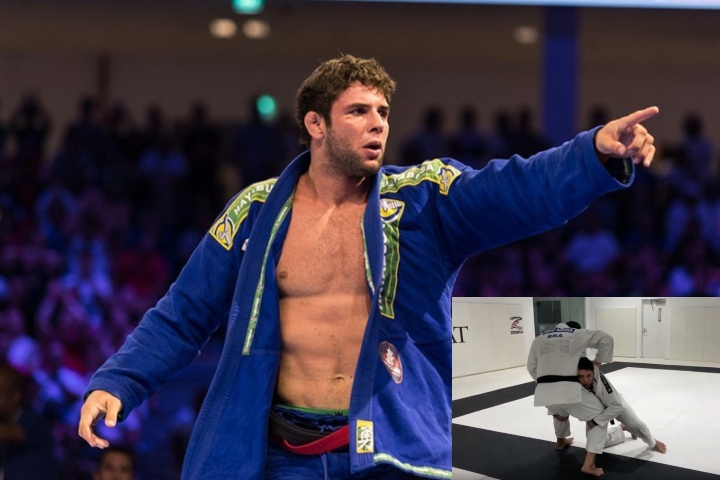 Marcus “Buchecha” Almeida is one of the most elite Brazilian Jiu-Jitsu athletes in the world. Today, his focus is set on mixed martial arts (specifically, within the ONE FC), where he’s well on the road to success as well.
One of the many things Buchecha is respected for is his Double Leg takedown. He has always been successful at using it, even with the gi – which is notorious for turning Double Leg and Single Leg takedowns into a chore.

Here’s a great, and remarkably easy, way to set up a Double Leg takedown as Marcus does. Bernardo Faria explains.

The way Buchecha sets up his Double Leg isn’t complicated at all. What he does is that he throws a simple “faint”; acting as if he’s going for the takedown immediately.
What this does to his opponents (especially as they know that he’s extremely skilled with this technique) is that it makes them “jump back” a bit. Which is exactly what Buchecha wants.

As soon as they react to the faint, your opponents will start posturing up. And this is the moment when you should go for the takedown… Though you will have to learn how to time it properly.
Watch Bernardo Faria demonstrate this setup on the video below. And then start drilling it yourself.