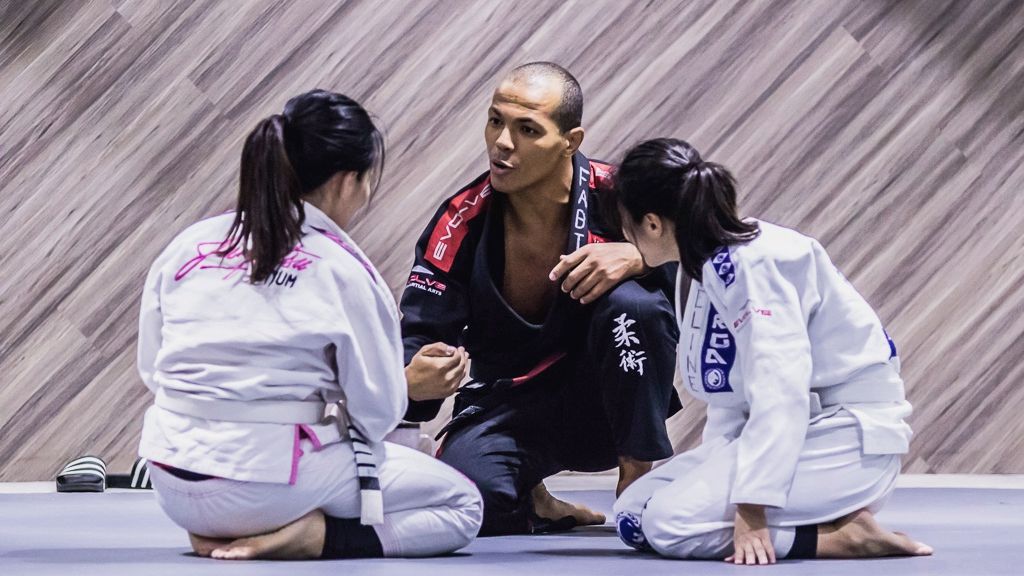 You may not have realized it, but habits make up approximately 40% of our daily actions.

At first, that might sound bizarre, because it means that many of our daily activities and actions are completed without any conscious decision-making process.

Habits influence your time at work and home and can ultimately affect your productivity, health, and social life. By merely recognizing and overhauling your habits while at work, you can boost your efficiency and get more done.

Today, however, we are going to focus on understanding our habits at home (after work or school) and how we can adjust these habits to build a better lifestyle. We’ll also touch on how and why participating in an activity like BJJ classes can help you to develop better habits and therefore make improvements to your health, physique, friends, family, and so much more.

If you’re struggling to understand how nearly 40% of our daily actions are habits, we’ll start by putting that figure in perspective.

Do you ever stop and think about brushing your teeth in the morning, or is just that a natural occurrence? Brushing your teeth is only one example of a task that doesn’t require thinking, we’ve turned this into a habit. Driving is another example of something that we might do on a near-daily basis without any real conscious engagement. These habits make up for some of the fundamental parts of our day.

On the flip side, waking up and scrolling through Facebook before getting up and starting your day is an example of something that has become a habit for millions of people worldwide today. And that’s certainly not a positive habit by any means, but it’s one that is difficult for people to change.

In Charles Duhigg’s book The Power of Habit, he explains that habits have three essential parts. There is a cue, which kickstarts a routine, and then the routine results in a reward. We’ll later explain how setting up appropriate cues can help you change your habits.

What does Duhigg mean by the reward? Well, to cure boredom, people sometimes look to television and video games as a form of instant gratification, rather than resolving their boredom problem by participating in an activity that provides long-term benefits to your health or education. Reading a book is often as entertaining as watching television. Yet, many people have never developed a habit of reading, because the cue (or signal) for starting your routine of watching television is an obvious one – either you see the TV in your living room, or you see the TV remote and want to turn it on.

So, how can we change habits? And more importantly, how can we develop positive habits that last?

How Habits Are Created

Let’s start by understanding how people who train BJJ frequently attend class and continue their learning.

Do they have ‘more time’ than you? Do they not have other responsibilities?

No, it is because these people have developed a habit of attending class and made it much simpler for them to implement this as part of their daily routine.

For the many thousands of people worldwide who are currently practicing Brazilian Jiu-Jitsu, attending class 3-5 times per week is almost as simple for them as it is for you to brush your teeth every day.

As mentioned before, habits start with a cue. So, if you want to develop a positive habit, you should help to make the initial signal much more apparent. For example, a cue for someone who has established a regular attendance at Brazilian Jiu-Jitsu class might be as simple as packing his bag in the morning and leaving it in their car while at work. That way, this person can then drive to the gym rather than going home and being distracted by other things.

Similarly, if you can create a similar cue, you too can make the transition to training Brazilian Jiu-Jitsu much more comfortable. And if you do, you’re on your way to developing a brilliant habit. Not one that rewards laziness by watching television, but one that helps you understand self-defense tactics, build your confidence and improve your health.

While merely attending Brazilian Jiu-Jitsu rather than spending 1-2 hours watching television is already a good habit to develop, it’s the new habits that you will learn and understand during BJJ class that truly make all the difference.

BJJ is more than just an incredible martial art with a proven history of success in mixed martial arts competition and self-defense scenarios, the learnings also flow through to your day-to-day life at work and home.

Brazilian Jiu-Jitsu teaches students how to create win-win situations. Although your instructor isn’t going to lecture the class on how to do this, it is something that you will learn just by being in class and the BJJ environment. Everyone in the BJJ class is on the same journey. The students and instructors are all willing to help each other develop and improve their abilities. To do this, students gain an understanding of both giving and taking. By practicing specific techniques with your partner and helping to understand the challenges of each person, you are working together in a scenario that provides benefit to each. And this is a skill that you will use to develop exceptional relationships in all paths of life.

One of the most underrated habits that you will learn during your time training Brazilian Jiu-Jitsu, however, is an understanding of how to listen correctly. Remember how we mentioned that 40% of our daily actions are habits? Well, listening, more often than not, is performed subconsciously and we often don’t consider listening as a skill.

You’ll soon realize the importance of good listening habits once you start training Brazilian Jiu-Jitsu for no other reason than you are attempting to learn new techniques, moves, and strategies that you might not have ever seen before. After listening to your instructor, you’ll need to apply these concepts in training and practice them. It helps to listen, yet no one is ever really sure of how to listen properly.

BJJ class helps to you practice listening. You’ll show the speaker respect by facing your body toward them and giving them your full attention. You’ll also learn the skill of being able to control your mind and not letting it wander. By staying focused on the present, you can improve your listening skills and start applying the newly-gained knowledge.

And, of course, improved listening skills are not just beneficial in BJJ class. You will also experience major positive benefits at work and with your relationships.

So if you’re interested in developing better habits, give BJJ a try!