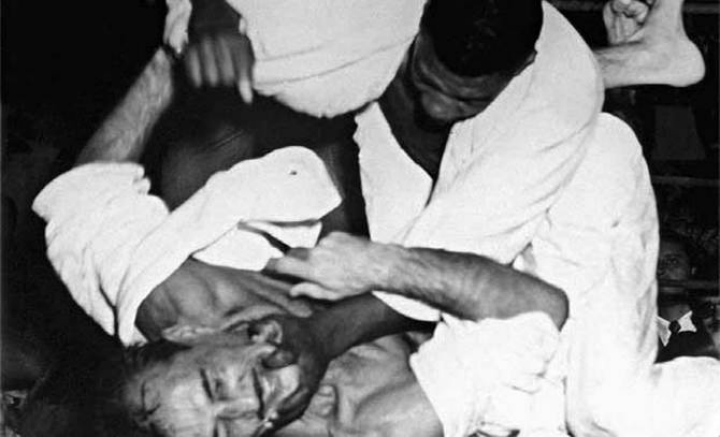 Brazilian Jiu-Jitsu has its roots in the Gracie family, but the Gracies learned from Mitsuyo Maeda. He was doing Vale Tudo challenge matches around the world before the Gracies had been taught Jiu-Jitsu, and what BJJ practitioners do today came directly from what he taught the Gracies. The challenge match, the strategies of taking a striker down to the ground to submit them, and the training methods emphasizing live sparring was passed to the Gracies via Maeda.

Maeda was a classically trained Jiu-Jitsu student that had switched over to Kodokan Judo. He was present when Mataemon Tanabe had defeated many members of the Kodokan, and was part of the movement to incorporate more groundwork (called newaza in Judo) into Judo.

Jigoro Kano had originally sent Maeda to America as a delegate of Kodokan Judo, and Maeda had fought challenge matches in 1904 on the East coast. Maeda felt that America was unsuited to live because of the racism towards Asians. How it would have changed history if he had stayed and developed American students! Would what we train now have been called American Jiu-Jitsu?

There is a common misconception that Gracie/Brazilian jiu-jitsu was formed from Kodokan Judo ground fighting (newaza) fundamentals that were taught by a number of individuals including Takeo Yano, Mitsuyo Maeda and Soshihiro Satake.

What Maeda had taught to the Gracies was in fact Jiu-Jitsu ground work, Judo throws (which came from classical Jiu-Jitsu), some catch wrestling he had learned in England, as well as Maeda’s own strategies for defeating strikers. 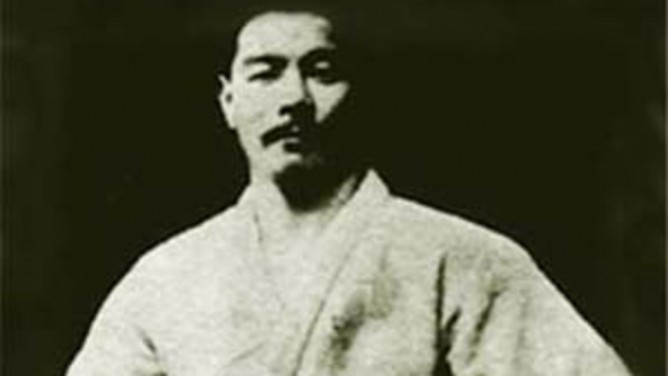 In this interview conducted in 1994 just after the UFC 3, but which was published for the first time on May 1, 2002 in Japan, Helio Gracie confirms that Maeda was not teaching his brother Carlos Gracie, Judo, but Jiu-Jitsu:

Nishi: That has become the base of Gracie jiu-jitsu of the day, hasn’t it? Was a style Mr. Carlos learned from Kosei Maeda centering on “kata”?

Helio: There weren’t so many techniques. Most techniques were something mainly based on power. But Konde Koma was always fighting in real fights, so a lot of tricks to win in a real fight were incorporated in his teaching.

Helio: No, it wasn’t included.

Kosei Maeda known by the name of Konde Koma was a judo-ka who got out of Japan to spread Kodokan Judo to the world in Meiji period, and performed an open fight with a different style in each country. (However, Kodokan removed his name from the register in the later years.) But why did he call it jiu-jitsu, not judo in Brazil? Nishi has secretly thought that jiu-jitsu introduced to Brazil might be something like a variant form of judo.

Nishi: Did Mr. Maeda call it jiu-jitsu, not judo from the beginning?

Helio: I heard that Konde Koma called it jiu-jitsu. We didn’t even know the word of judo itself until it came into Brazil. At that time (the time when jiu-jitsu was brought by Konde Koma), there were many Japanese immigrants and local people had a friendly relationship with them. I heard that they often helped Japanese people in many ways. So I think he taught us their traditional jiu-jitsu in return for it.

Nishi: When judo came into Brazil, didn’t you think it was similar to jiu-jitsu?

Rorion: I have a strong impression about judo that judo is a sport where the objective is to throw the opponent to the ground using power. But I think maybe the original art is jiu-jitsu. When Japan lost in the World War II and America was occupying Japan, they taught the Americans judo, but not jiu-jitsu. In that sense, we were lucky to have been able to come in contact directly with jiu-jitsu first, rather than judo.

Helio: (nodding to what Rorion said) They didn’t teach the Americans the mind of the samurai.

Nishi: It doesn’t seem that judo itself was completely introduced to you. I wonder if Kosei Maeda introduced something he made up and called jiu-jitsu, or if it had originality as a result of the improvements made by Mr. Helio. It draws my interest very much. Then, when is the start of vale tudo?

Helio: It was not something like vale tudo, but the first fight between different styles was in 1932 when I fought with an American wrestling fighter named Fred Ebert when I had 17 years old. He described himself as a world-class strong fighter.