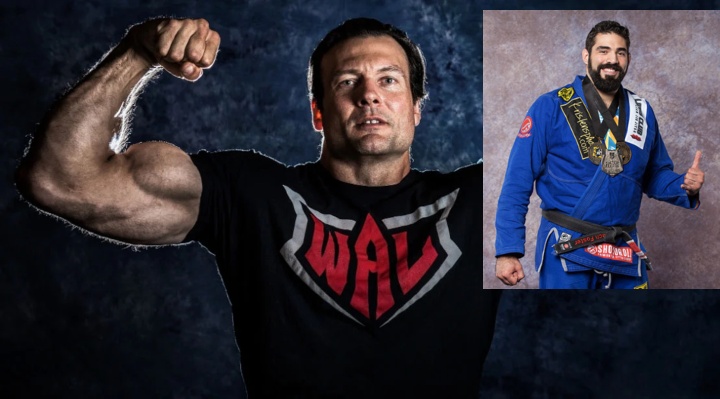 BJJ black belt and famed James ‘300’ Foster decided to test himself by grappling with a huge arm wrestling champion with a Judo background. Foster is close to 300 pounds and went against the 270lbs Devon “No Limits” Larratt, Canadian professional armwrestler, YouTuber and a former member of the Canadian Armed Forces.

Larratt is widely considered to be one of the best arm wrestlers of all time, and is currently the #1 ranked arm-wrestler in North America.

Larratt was a member of the Canadian Special Operations Forces Command for sixteen years. He achieved the rank of master corporal and deployed seven times to Afghanistan where he was wounded in action. Larratt also competed in judo.