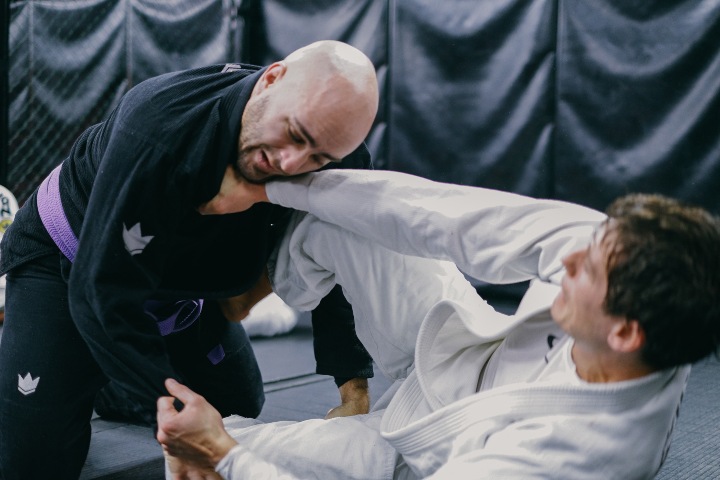 “To be the best, you have to train with the best. ”

The above statements, repeated over and over by motivators and high-level competitors, are essentially catch phrases that could cause you to hate your sport and even for some people, to give up.

So yes, training with beasts puts you in your place. “In the street or in competition, nobody is going to give an easy time…” , we also agree. Nobody particularly likes to be smashed on the mat, but if it’s for a good cause and it allows us to progress, why not?

Except that here, we do not always improve when we are constantly smashed. Admittedly, we improve less and less because we just learn to defend, but our offensive game remains at a standstill.

I will not speak here of naturally gifted athletes who after having seen a technique once, and after having drilled it for two minutes, are able to use them on anyone. No, here, I will talk about the average practitioner, who does Jiu-Jitsu for fun with the idea of improving while knowing that it will not be simple but without wanting to waste his time either.

Have you ever tested a new technique, which you discovered during training or on the net, while rolling with a higher belt? Strangely, it never or almost never works. You take too long to set it up, and even if you manage to do what you want to do, the higher belt will have recognized your move and will have already countered it. You try two or three times, without success, and you realize that it doesn’t work and then you give it up…

Perhaps you haven’t drilled it enough? At the same time, you have tons of techniques to test around, and the training sessions are not long enough to incorporate everything.

Drilling a technique will not answer all the problems. Your partner’s reactions will differ depending on their own technique and physique, so to perfect your technique, you will have to do it during a rolling session, no choice.

We have already decided that doing it on a higher belt won’t necessarily work. The alternative will be try it on a more cooperative partner. And by cooperative, I mean of course, someone who will not put pressure on you from start to finish and over whom you will have the upper hand to be able to chain your movements, that is to say, a lower belt or lighter than you.

At first, your technique may work, you will open your game to try it, and sometimes you will fail or be swept. No shame to have, even if it is by a white belt. On the contrary, in fact, it will highlight your weaknesses to be corrected. But you will not lose confidence, you will improve the details, then you will start to make it work it on higher belts, to possibly pass it on someone really good.

BJJ instructors always want to motivate you and push you to always do better, to set the bar high so that you give the best of yourself. Except that as demonstrated above, it could be counterproductive.

The worst part is that they don’t necessarily apply it themselves. By definition, or by default, the instructor or the higher belt will necessarily end up rolling with a less ranked partner, on which they can easily test new techniques and improve them, without having to do it on other higher belts with whom they will not work, not at the beginning.

So yes, to test yourself, you will have get smashed in training, but this step should not be the only one on your journey.

Only rolling with higher belts or those much better than yourself is the assurance of losing all your confidence in your technique and improving only your defense.