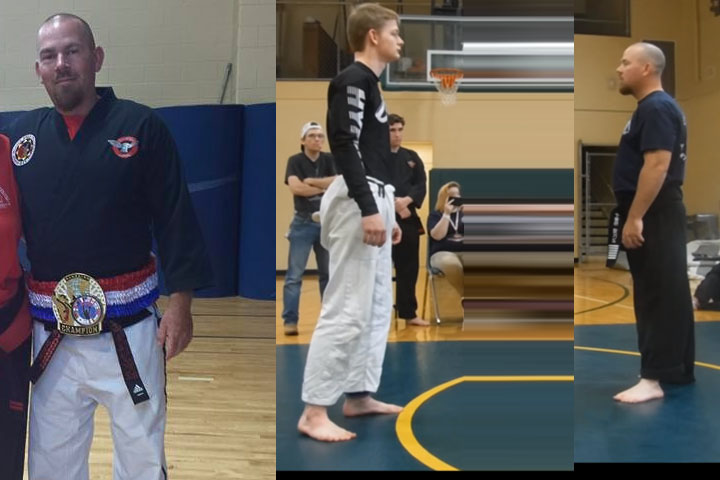 Challenges have been rising in popularity ever since the early 80s. The urge to test your skill and to compare it with other martial artists is enormous. This is how a 5th degree hapkido black belt found himself facing a bjj blue belt.

For those unfamiliar with Hapkido it is a Korean martial art practiced the world over. Characterized by joint locks, throws, and dynamic kicking techniques, it is unique among Korean martial arts (Taekwondo, Tang Soo Do) in its emphasis on deflecting an opponent’s attacks instead of forceful blocking. Hapkido is the “anti-martial art”.

Here’s where the story gets super interesting – the man from the video went on to claim he is a former jiu jitsu world champion in an instagram comment: 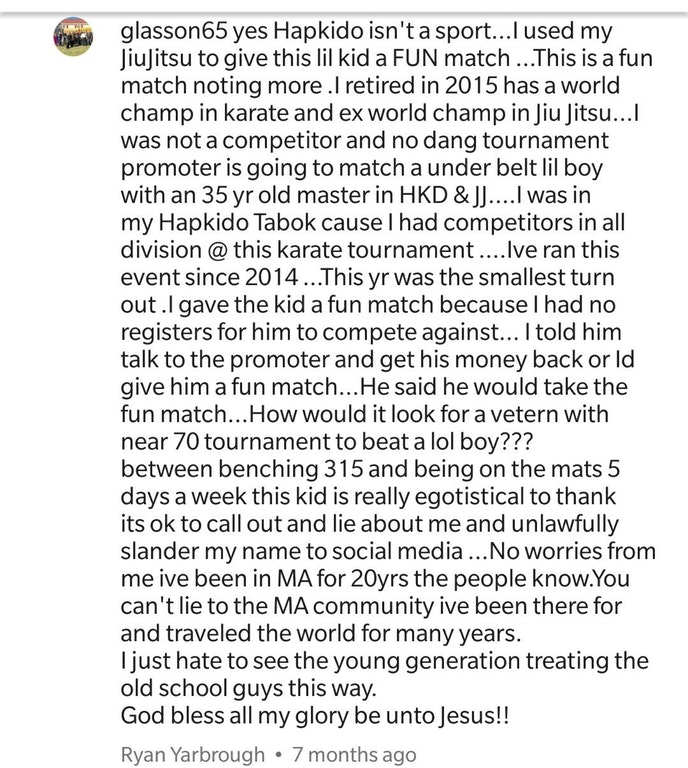 2010 FOUNDER OF ELITE FREE STYLE HAPKIDO CURRICULA ON DVD SOLD OUT OF STORE OF MARTIAL ARTS .

TRAINED SEMINARS ON THE MAT WITH OVER 50 HAPKIDO MASTERS

Interestingly his academy offers Japanese Jiu Jitsu and not BJJ. A further look at his website also revealed that this is the title he was referring to: 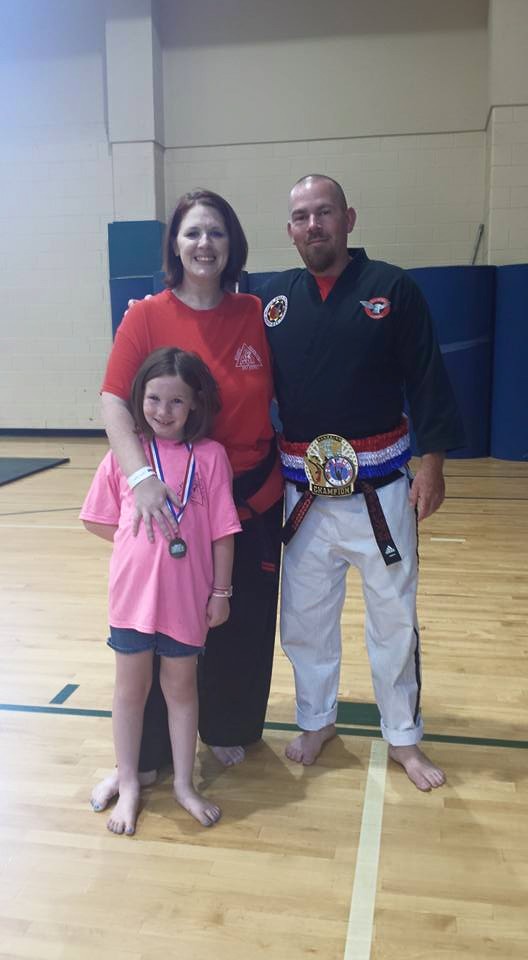 We also managed to find a short clip of Yarbrough teaching a very sloppy spider guard sweep to choke combo: