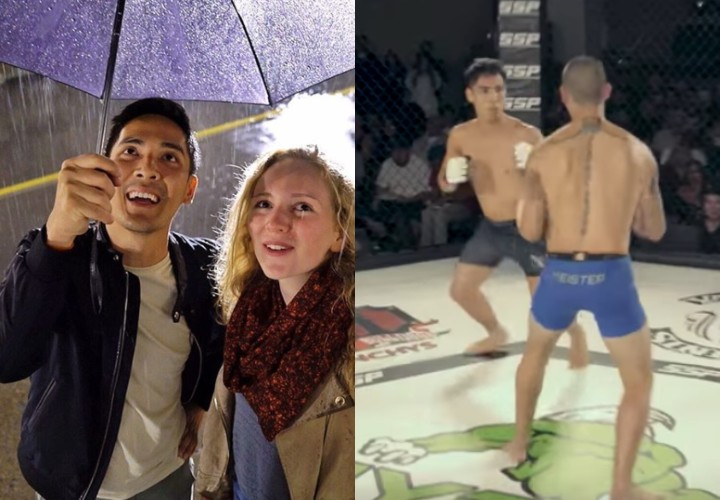 Many martial artists and untrained people dream of testing themselves in the ultimate challenge: Mixed Martial Arts. It’s the ultimate because you have to be proficient in striking, Wrestling and Jiu-Jitsu.

If you have a background in one aspect, then you will need to play catch up and start learning the other two.

You then have to learn about and get used getting punched in the face and body consistently in training, conditioning for MMA, weight cutting etc…

When you add everything up, the dream doesn’t too attractive…

BuzzFeed producer Aria Inthavong, a non-athletic regular guy tried to break out of his “nice guy” label by training MMA for 4 months and then by competing in an actual MMA fight….