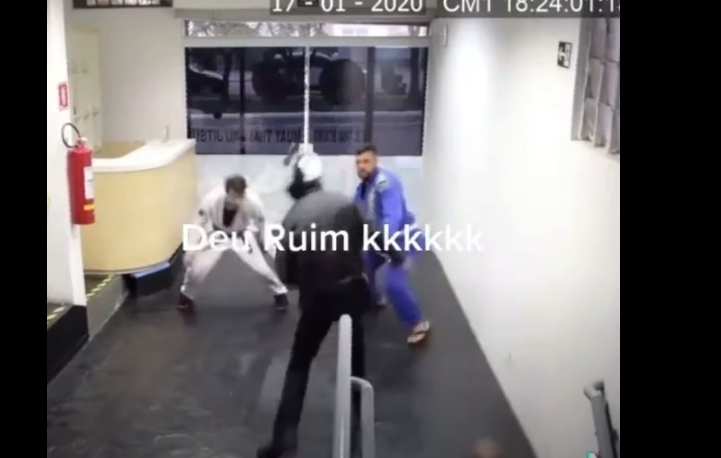 There have been various examples of robbery attempts from criminals against establishment owned by Jiu-Jitsu practitioners but this has to be a first time that someone is actually stupid enough to attempt to rob a BJJ academy full of fighters!

This recently happened in Brazil and once the robber came face to face with his supposed victims he ran out as fast as possible.

Another example, was when a gunman tried to rob a Chinese restaurant and was choked out by the bjj blue belt owner:

Check out the incident: