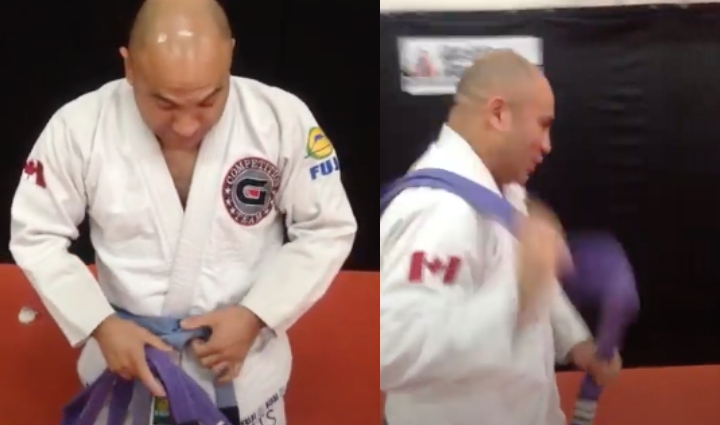 Through the years many cases of self promoted jiu jiteiros were outed. While some excused themselves saying it was japanese jiu jitsu, a discipline they made out some outright owned it. Such was the case with BJJ purple belt Joe McCaffery  became widely known few days ago when the video of him promoting himself to brown belt and talking a big game went viral. The videos can still be seen here in spite of him taking them down:

This comes with a complete self entitled rant. Sadly for him he subsequently got fired.

Then of course there’s:

the 35 year old red belt – which isn’t even technically possible.

In this video, this guy self promotes himself to purple and even self gauntleted himself: