Gui Mendes on Being a BJJ Coach: “Put So Much Work Into It That You See Results” 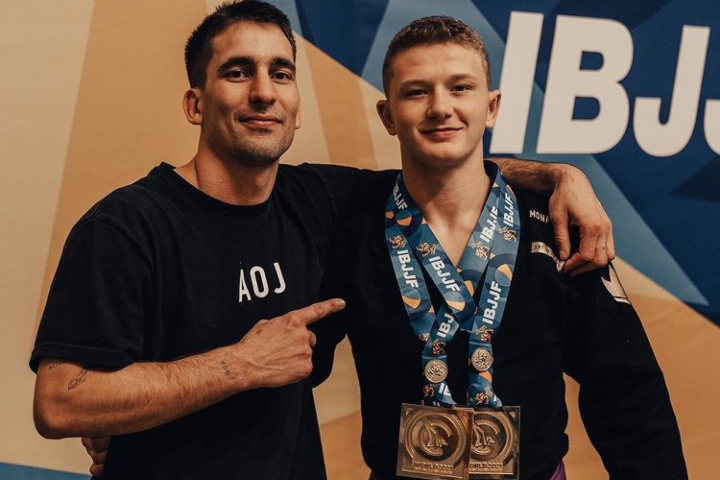 Gui Mendes is not just one of the most successful BJJ athletes of all time – who won 4 IBJJF World Championships – but he’s also one of the world’s best contemporary coaches; as he’s brought up many fantastic athletes, such as Cole Abate, Tainan Dalpra, and Johnatha Alves. He and his brother Rafael have opened up the “Art of Jiu Jitsu” academy back in 2012, which became one of the most recognizable Brazilian Jiu-Jitsu academies in the world.

In an interview with Bernardo Faria, Gui shared how it was to make the transition from being an athlete to being a coach:

I’ve been doing that for a couple of years. I’ve stopped competing in 2014… So, I’ve been doing that [coaching] for about 7 years. So, as soon I stopped competing, I initiated this part of my career.
I feel that, as an athlete, whenever you put the work, you kind of know how that’s going to play out. But as a coach, it’s not just about you – it’s about you and someone else. So you really have to build that relationship between you and the student.

He emphasized the necessity of building a connection with the students; as well as the importance of being devoted to studying and analyzing Jiu-Jitsu:

You really need to build that connection on the mat… Where you know what the person’s capable of doing, where you know their level, their chances of winning.
What happens with us [Mendes brothers] is that we’re really passionate about Jiu-Jitsu and we like to study Jiu-Jitsu a lot. So, we sit down and start watching the footage of the opponent… We start talking, like: “This is what he’s doing that we think is wrong, and this is what is good – so let’s attack like ‘this’ part of his game.”

I think that, when we work together, it’s a great combination. Because we’re so passionate about it and put so much work into it that we see results.

Make sure to watch the entire interview with Gui Mendes below: