Guard Passing: Improve It With This Simple Tip from John Danaher 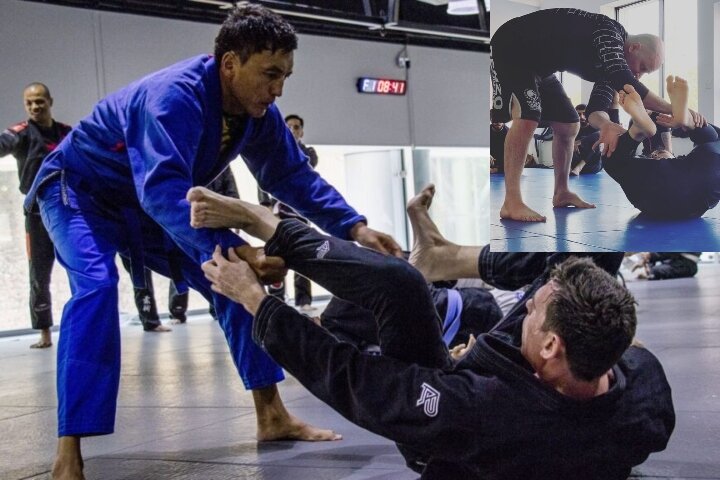 Guard passing will never be easy, no matter how good you get at it… And no matter how skilled you become, there’s no saying that you will often be under threat by the guard player; in danger of getting swept and leg-locked alike.
Nevertheless, there are things that you could do to improve your guard passing. And here’s one extraordinarily simple thing that you can do: change your angle.

“Change the angle?” John Danaher explains what this means:

Don’t stand in front of danger. If someone motioned towards you in a way that conveyed that they intended you throw hard punches at your head… Would you stand in place directly in front of them? Of course not, you’d immediately shift off to one side and keep doing so every time they re-centered in order to gain some safety.

Same thing when you face the danger of a talented opponents legs as you are confronted by his guard. His guard can be as dangerous as punches, and similarly you want to angle off to a side to lessen the danger rather than stand directly in front where the will face the full array of his attacks.
Make it a habit – don’t stand directly in front – GET A GRIP AND STEP TO AN ANGLE. Do it early and do it every time and you’ll be a lot safer when confronted by a dangerous guard.

Make sure that you start implementing this “tactic” today – and you’ll be improving by a whole lot soon.