Guard Passer or Guard Player? A Guide To Picking Your BJJ Style 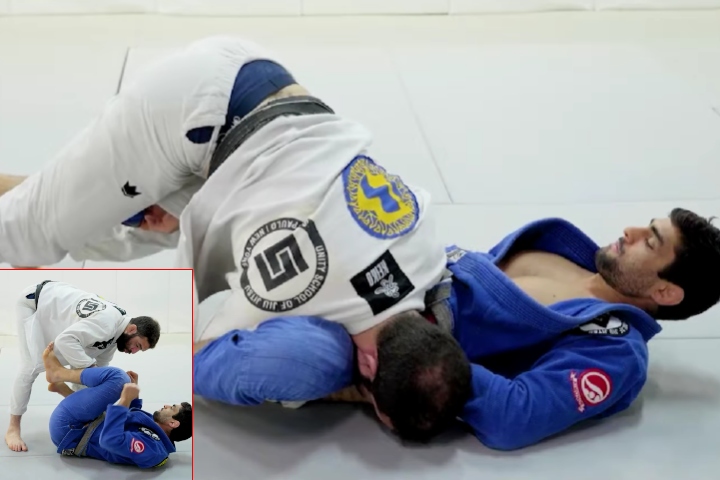 When someone first starts learning the sport of Brazilian Jiu-Jitsu (BJJ), they will immediately notice a natural gravitation to certain positions and moves that match well with their body type and personality. The most notable stylistic distinction is between choosing to focus on a style of grappling that emphasizes passing the guard or playing it.

While it is important for a martial artist to listen to their body and find what naturally works well for them, it is also crucial to approach the sport from a more analytical level. Making a conscious decision about whether you want to focus on passing the guard or playing guard can lead to considerable success.

An agility-based passing game is perfect for those who have always found themselves struggling in sports that reward excessive power and size. What agile passers lack in body weight and muscle mass they more than make up for in timing and agility. Long-range passes, such as leg drags and back steps, allow those who find themselves more on the slender side to force larger opponents into technique-based battles, where being able to bench press more weight is largely irrelevant.

Perhaps the most advantageous aspect of this style of passing is that it leads directly to the back, which should be the ultimate goal of smaller grapplers. Players who pass directly to mount or side control risk being immediately reversed to the bottom by their larger opponent, so focusing on taking the back is an excellent strategy. For those who have always struggled to find success in strength-based aspects of grappling, an agility-based guard passing style is nearly a perfect match.

It comes as no surprise that a style called “pressure passing” would be more popular with larger BJJ practitioners. This style is all about using the natural pressure of gravity to slow down and pin more athletic and flexible players, taking away the space that is crucial for an effective guard game, but those who choose to grapple in this way should not believe they can succeed simply by outmuscling their opponents. Because such passes as knee cuts and stack passes require that the passer be very close to their opponent’s hips, improper technique can result in being wrapped up in a tight submission.

While pressure passing has typically been favored approach by the wrestler turned grappler, this style is also highly recommended for those who find themselves starting BJJ later in life. A very tight, methodical approach to passing is a great way for older practitioners to nullify the advantages of strength and speed that are often found in their younger training partners.

While newer players tend to shy away from the guard, a decision to develop the necessary skills early on will lead to an exponential level of skill development later down the road. The tendency to always want to be on top is natural, but learning how to play off the bottom is a strategy that has been proven to work very well for a wide variety of grapplers.

One particular style of guard game that works in all different forms of grappling is the clinching style. Comprising a system of over hooks, under hooks, and various trapping systems, this style is able to be effectively utilized in a wide array of grappling rulesets. Because of its fundamental reliance on grabbing an opponent’s limbs, clinching has been proven to be successful in BJJ, No-Gi Grappling, and MMA.

The ability to seamlessly change between upper body submission attacks, such as triangles and armbars, and sweeps from the butterfly guard allows clinching players to keep their opponents off balance and guessing about what comes next. If you have always preferred to have a choice of options and not be limited to only a few, a guard style centered on upper body clinches will allow you to either sweep or submit your opponent, changing tactics on a moment’s notice.

Taking both the competitive and casual aspects of the BJJ world by storm, the explosion of the open guard game has been one of the most fascinating elements of modern BJJ. What was once seen as a weak position has now become the bread and butter of some of the most successful competitors. While the basic open guard sweeps developed by the Gracies are still quite effective, the De La Riva guard, Lasso guard, X-guard, and Spider guard feature unique systems that can be chained together for impressive results.

While it is important for every player to learn the basics of open guard systems, those who have been most successful tend to have tall, lanky builds that allow them to stretch out their opponents. What these grapplers lack in sheer muscle mass they make up for in height. Open guards allow players to use their long limbs, particularly their legs, to stretch out their opponent’s base, opening them up for a plethora of sweeps and submissions. If taller players decide to tie up with their opponents in close, they will often find their long legs stuffed and passed. By keeping their opponents farther away, length now becomes an advantage, perfect for tilting and keeping an opponent off-balance before going in for the sweep or finish.

While these are just some of the different variations of the guard passer vs. guard player dichotomy, the options are nearly endless. By combining conscious decisions based on the pros and cons of guard passing and playing and then finding what style comes naturally, you will be laying the groundwork for an extremely successful and gratifying BJJ career.