GSP Receives a Statue in his Hometown in Quebec, Canada 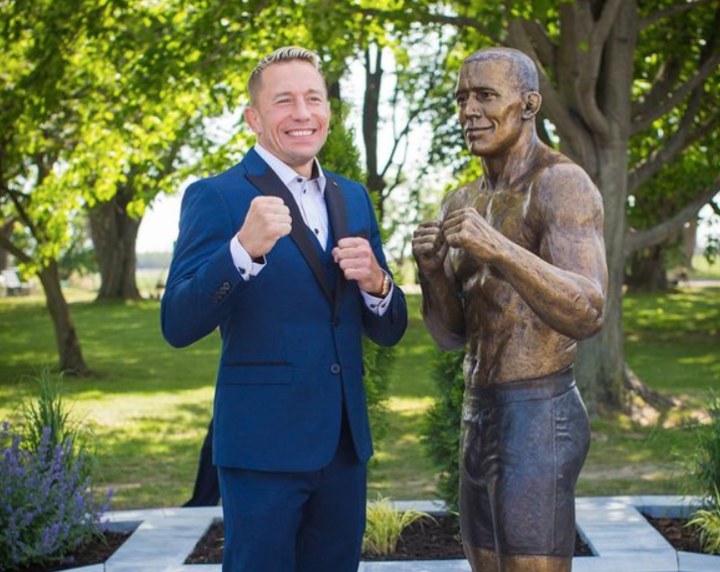 Former UFC Welterweight and Middleweight Champion George St.Pierre retired 2 years ago with a record which stands at 26-2 with the two losses being to Matt Serra and Matt Hughes over a decade ago.

St-Pierre was looking to become UFC’s first-ever 3 division champion, but UFC president Dana White was over it- especially after he left the promotion high and dry after defeating Bisping.

GSP was immortalized today in his home town of Saint-Isidore in Quebec, Canada . GSP’s statue was unveiled.

I am very moved by this honour that the municipality of my childhood has bestowed on me. I hope that Place GSP will be a space for inspiration and encounters for every generation, and a symbol of perseverance, especially for young people who have big dreams.