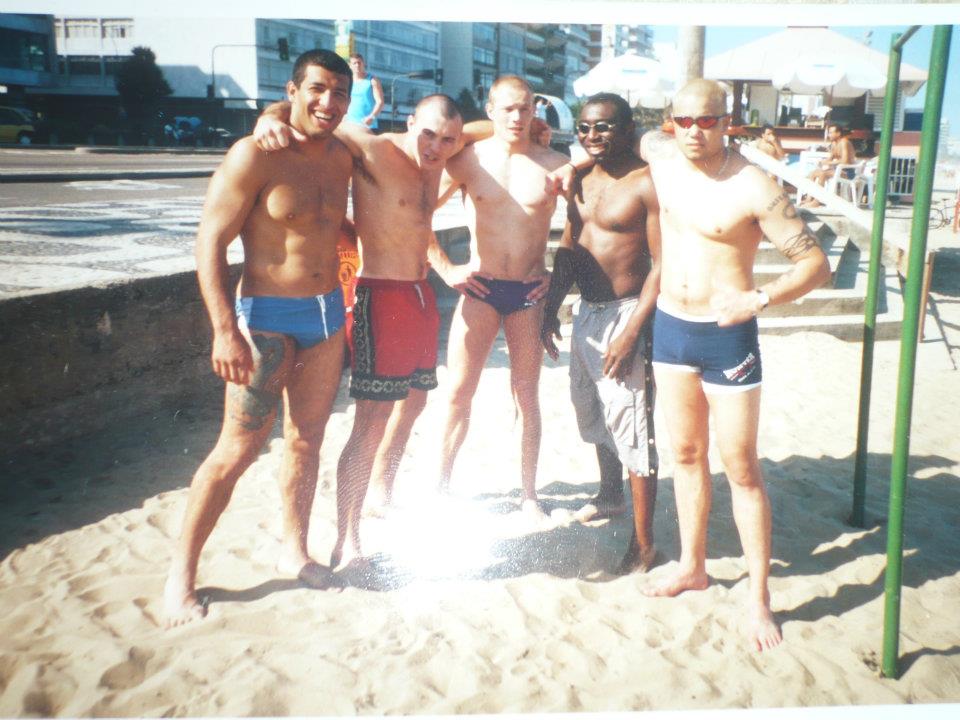 Training in Brazil is a dream for most of us BJJ players. Those that have been there have experienced training at the source. Check out our article: Everyone that does Jiu-Jitsu needs to visit & train in Brazil at least once in their lives! What type of foreigners usually train there? The guys at Rio jiu-Jitsu Guide did a good piece on the matter:

Three types of foreigners train Jiu-Jitsu in Brazil: 1) the weekend warrior, 2) the (un)intentionally unemployed, and 3) the location independent worker. Each one has different advantages and drawbacks.

Troy is a weekend warrior, the most conventional type of foreigner that visits Brazil to train Jiu-Jitsu. In his home country, he has a steady job with a decent salary and good health insurance. He’s still paying off his student loans and a new car he bought last year. Troy is married and has a 3-year-old daughter. After a year without a vacation, Troy finally cashes in his vacation time. He promises his wife he’ll behave and he comes to Rio to train for a short and intense two weeks with twice daily training sessions at an academy in Copacabana. Because his trip is of shorter duration, his per-day cost in Brazil is higher than any other type of foreigner training in Brazil. But that’s OK to Troy because while he’s on vacation he continues to receive an income from his employer. And two weeks in Brazil is plenty of time for him because his priorities are back home.

The (Un)Intentionally Unemployed
Jacques and Guillermo are friends. Jacques was laid off by his employer and will receive five months of severance pay. The same week Jacques was laid off, his friend Guillermo resigned from his job. Since Guillermo planned to quit his job, he saved the equivalent of five months of salary equivalent to his friend’s severance pay. Instead of being bored in their home country, they decide to come to Rio to train Jiu-Jitsu for three months before returning home and seeking new employment. Jacques is single and Guillermo breaks up with his girlfriend because he heard Brazilian girls were hot. Their stay in Brazil is much longer than Troy’s two-week visit, and therefore more complicated logistically at first. But Jacques and Guillermo have two specific advantages over Troy. First, they’re able to minimize their bills in their home country while they’re away and second, their per-day cost in Brazil is much lower because they have more time to implement money-saving strategies (like renting an apartment). But unlike Troy, they don’t receive any income while in Brazil, effectively placing them on a cash runway that requires careful budgeting. Fortunately, our two friends are good planners. For three months, Jacques and Guillermo train every morning at their regular academy and, because they have more time, they cross-train three times a week in the evenings at a different academy every month. After three months they reluctantly return home to find employment.

The Location Independent Worker
Jeff is a freelance graphic designer with clients in the United States, Australia and Chile. He normally works from home but he can do his job from anywhere with a decent internet connection. As the Northern hemisphere winter approaches, Jeff decides he’d prefer the heat of Brazilian summer to the chill of winter. Jeff’s fiancée agrees to go too because she’s an avid surfer and has always wanted to learn Portuguese. Unfortunately, she refuses to downsize her bikini to Brazilian standards. Jeff sublets his apartment in his home country for the four months he’ll be in Brazil. He has the best of both worlds—the best of the “weekend warrior” and the best of the “unemployed”. Like Troy (our weekend warrior), Jeff has an income while he’s in Brazil because he takes his work wherever he goes. Jeff is not on a cash runway like Jacques and Guillermo. But Jeff also has the longer-term money-saving advantages that Jacques and Guillermo had when they minimized their home country bills and rented an apartment in Brazil. Logistically, Jeff’s situation has special demands because he must remain accessible to his clients. But these hurdles are easily overcome with today’s technology. After the Northern hemisphere winter passes, Jeff and his fiancée return with tans to spring in their home country.

Which type of foreigner training in Brazil are you? A combination of more than one? They each have their respective advantages and disadvantages as they travel to Rio to train Jiu-Jitsu.