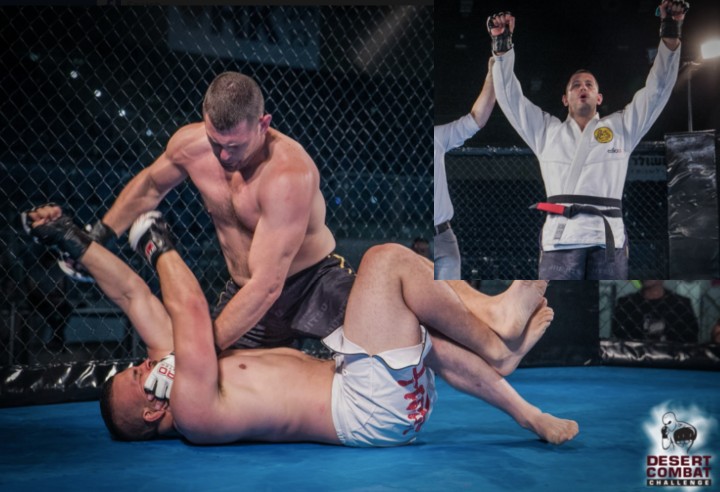 In the eyes of many, MMA is a strange animal in the Martial Arts world. It is fighting, there is no doubt about it but at the same time it is looked upon by “traditional” martial artist as a Barbaric sport that has little to do with the Bushido code and other qualities of martial arts.

Fighters like Connor McGregor, Chael Sonnen, Colby Covington and Jon Jones often bring bad rap to the sport. Their antics brings the crowed but further alienating martial artist who do not like the trash talk and disrespectful behavior.

This is why what you can see in this fight is something to be proud of.

On April last year, Gracie Jiu-Jitsu black belt instructor Itay Leibovich from Israel returned to the cage after a 7 years lay off. It was important for him to show his students that what he teaches them works indeed. What was shown in the fight was classic Gracie Jiu Jitsu – manage the distance, take your opponent to the ground, gain top position, unleash hell and finish the fight with minimum damage. That was the technical lesson learned by example but perhaps the greater lesson was that of respect and sportsmanship.

Not soon after the fight started Itay got an uppercut to the groin and the fight was halted.
As the fight resumed Itay was able to get his opponent down and control him until reaching the mounted position. Once there he started dropping bombs but the referee did not stop the fight. The opponent was non responsive so Itay just stopped hitting him and helped him up.

I was picking my shots so each one got in clear. I wasn’t looking for the KO or TKO but the submission. I didn’t want to hurt him and just wanted him to give me his arms or back for an armbar or choke… But he was a tough one and didn’t give up. After a few hits he begun to be non responsive but the referee didn’t stopped the fight. I stopped hitting him and said “Hi ref, are you going to stop this? He’s not defending himself!” at which point the referee waved his arms to stop the fight.

On top of some Gracie Jiu Jitsu 101 lesson, we got that night a glimpse at how MMA could look. Full of respect and honor between two fighters who came to test themselves.

Check out the fight for yourself: