Grappling Since Day One-How Justin Rader Climbed The Ranks To Become One Of BJJ’s Elite! 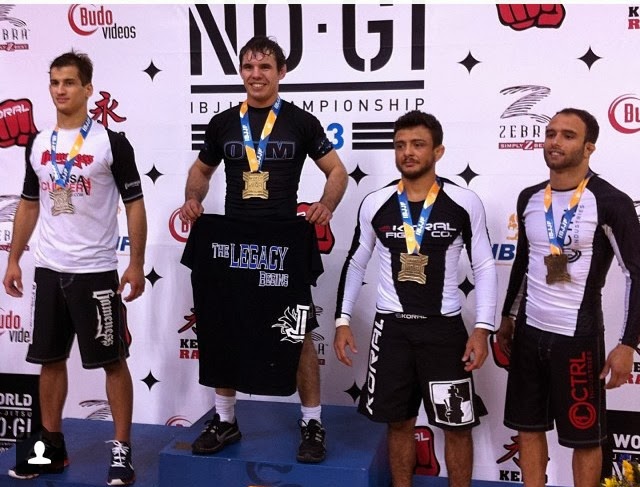 For us fans of Brazilian Jiu Jitsu, it’s easy to sit back and realize the greatness that engulfs our sport on a daily basis.  We see the truly world class wage chess matches time-after-time, and it NEVER gets old as they marvel us with their ability to create magic by way of grappling.

After a while, it seems that we just assume these gifted men and women were born that way, and began crawling with a Gi on, and by the time they were in 1st grade they were already executing flying armbar’s on the playground.

However, this isn’t always the case.  Many, in fact, have unique tales as to how they have achieved their particular success, and it doesn’t happen overnight, and in some cases, isn’t always met with open arms.

I had the pleasure of sitting down with Justin recently to discuss an array of topics, one of which happened to be how he entered the sport of Brazilian Jiu Jitsu.

“I had already had 8 years of wrestling experience,” Justin shared when discussing his entry into the world of BJJ.  Training with the iconic Rafael Lovato Sr & Jr since the infant stages of his BJJ career, Rader has certainly been surrounded by the best since the onset.

A noted wrestler in his youth, Rader began training the powerful art under the tutelage of the father of UFC star, Johnny Hendricks.  Learning what it takes to succeed in wrestling, Rader would soon transition into Brazilian Jiu Jitsu, something that wasn’t as easy as some would expect.

“I didn’t want to wear this thing,” Rader jokingly remarked when remembering the early days of working in the Gi.  Not a fan of being able to be choked by your own apparel, Justin soon gravitated towards the No Gi side, and would thrive instantly.

“Wrestling was always a part of my game,” Justin proclaimed.  Knowing that wrestler’s can easily be typcasted in the grappling world, it was Rafael Lovato Jr who encouraged him to continue working his game, and not get distracted by the peanut gallery.

Taking that advice to heart, and relying on his wrestling, Justin would go on to develop one of the best top games in the game! You can check out some of our interview in the video below

One thing that separates the “good” from the “great” is the willingness to learn and commit to the sport.  This was exactly what Justin did once he began hitting his stride.

“I was going to make mistakes,” Justin shamelessly admits.  “They [Lovato’s] let it play its course.  I was going to ask questions, I was going to analyze it myself,” Rader continues, “and if I couldn’t, Professor Rafael was right there to help.”

Being able to accept his humble white belt beginnings and opening himself to learning from his mistakes has allowed Justin to stay on top for a while.

“I’ve been meshing wrestling and Jiu Jitsu for 15 years now.”  And you’re showing no signs of letting up, Mr. Rader! If you’re interested in meshing the styles together check out his course! The full review of the course is here and the course itself is here!