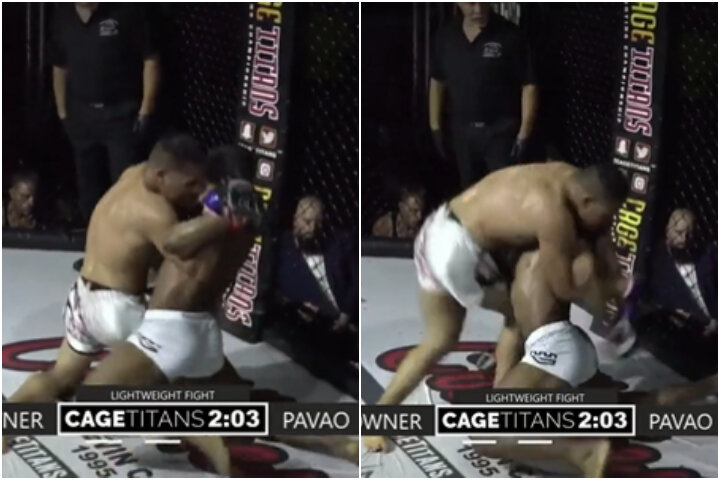 As much as they love it, Brazilian Jiu-Jitsu students sometimes forget that the “Gentle Art” is still a martial art… And that, even though it’s much more friendly on overall health than some (striking-based) combat sports are – injuries are almost a given.
After all, it’s a submission-orient martial art. So, “snaps” are bound to happen every now and then.

But nevertheless, some injuries are really difficult to watch take place. Such as the one which took place at the recent Cage Titans 55 event.
Namely, the match between Kyle Pavao and Wayne Downer ended up on the canvas at one point. Pavao established Side Control and got the Americana submission in place.

However, Downer than started getting up, with his arm still trapped in the Americana and with Pavao still pushing his forearm towards the canvas… Which led to an inevitable conclusion: Downer’s elbow snapping.
Watch the injury take place on the video below. But beware and watch it at your own peril:

The injuries such as this one – and similar “snaps” – will not happen to you if you learn how to tap out in time. Even if you’re a professional fighter, risking a couple years of proper training and competition probably isn’t worth the one fight.