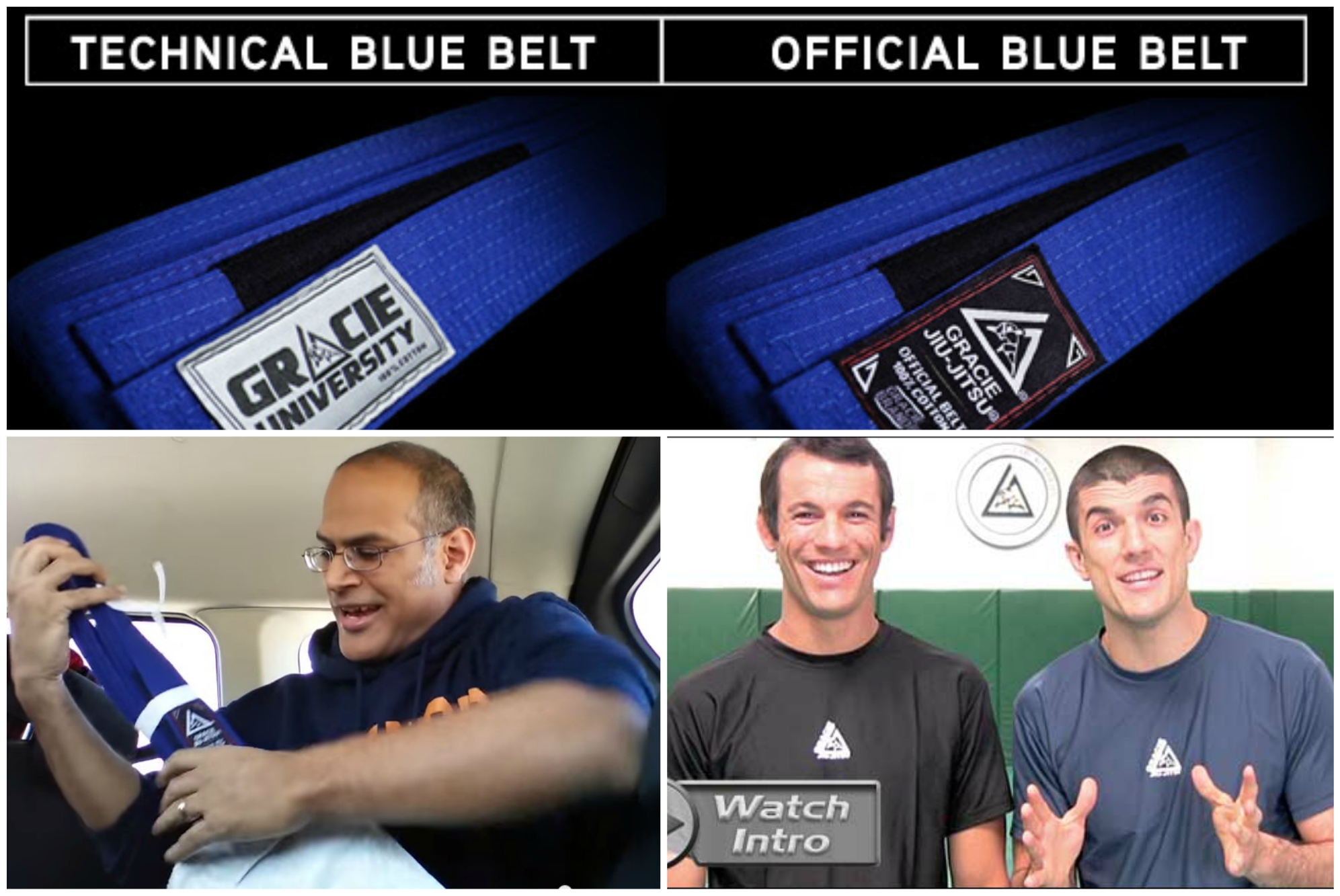 In this special edition Gracie Breakdown, Ryron and Rener Gracie analyze the most common blue belt promotion practices in Brazilian Jiu-jitsu, and the impact each path has on the students.

They discuss the three critical changes that were made to the Gracie Academy curriculum in order to preserve the art as a method of self-defense and to ensure that it remains accessible to the people who need it the most.

With their online platform: Gracie University, the Gracie academy has been able to reach people from all over the world. Rener Gracie ensures that the Gracie University method is efficient, and perhaps even more effective than the conventional classes. Created in order to live up to the legacy of Helio Gracie, the online courses aim to spread Jiu-Jitsu around the world and, in just six years, they already have more than 90,000 students in 196 countries.

Rener Gracie’s recent comments that he thought that ‘Learning Jiu-Jitsu Online Is Even More Effective Than In The Academy’:

From Rener Gracie:  “Some people do not understand that online study is even more effective than learning in the traditional school. In a live class, there are students of all stripes, and the teacher gives the same lesson for everyone. Online, each one has its specific class. Some people tried to learn in the classroom, but the lessons were random, and some students had difficulty learning. And what did they do? Resorted to Gracie University. “

On this video from 9:56, they talk about how they have removed live sparring (rolling) for beginners and have replaced it with ‘simulation sparring’.