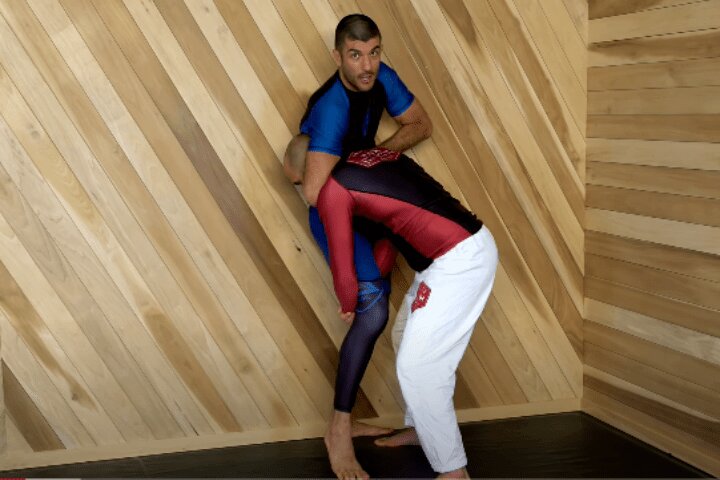 UFC 264 was nothing short of unpredictable and kind of anti-climactic. Conor McGregor lost in his match against Dustin Poirier after suffering a horrific break to his leg.
However, a couple of minutes before his leg broke, McGregor attempted to Guillotine Choke Poirier. And it’s this Guillotine attempt, as well as Poirier’s defense of it, that received Rener Gracie’s “Gracie Breakdown”.

Rener explains that McGregor’s Guillotine Choke success was dependent on his capability of stopping Poirier from getting to the opposite side of the submission hold. However, because they were against the fence, Poirier wasn’t able to move to the opposite side.
That didn’t stop him, though. He improvised and briefly held himself in a head stand; in order to wait out McGregor’s squeeze, and to later break his grip on the choke itself.

The key to a great Guillotine, explains Rener, is to control the position on the way down. If McGregor had pulled Closed Guard with more commitment, he would have trapped Poirier’s hips and negated his most obvious escape route. “Whoever controls the descent into a guillotine on the ground from standing will control the guillotine on the ground”, says Rener.
And it’s exactly the reason why Poirier managed to keep his hips out of McGregor’s guard and escape the Guillotine; McGregor pulled guard slowly and with one leg at a time.

Check out the full breakdown on the video below: