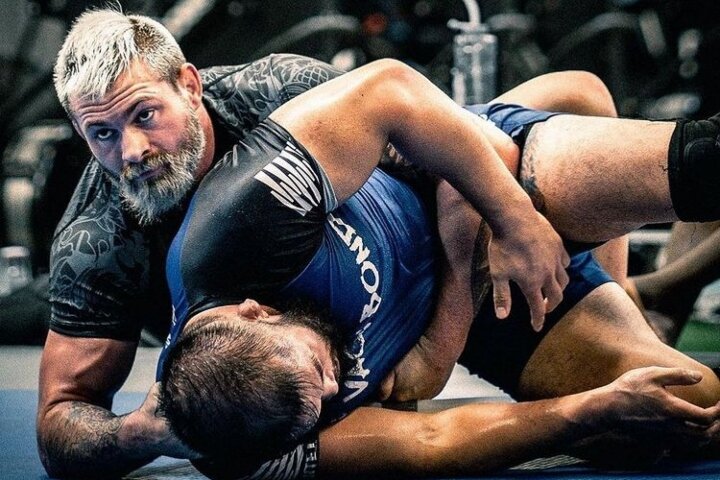 The ultimate goal of a BJJ match is to submit your opponent… But you don’t have to go for the submission immediately.
Rather, if the ruleset is such that it allows for a longer match – or a submission only match – then you could take your time. And you should make your opponent carry your bodyweight.

Gordon Ryan shared why this is the case, by reflecting on his recent match against Felipe Pena:

In this no time limit match the goal is simply to keep him honest with the threat of the back, meaning that IF he stops moving, his back will get taken.
But IF he keeps moving, he will then CARRY BODYWEIGHT THROUGH DEFENSIVE TRANSITIONS.

My goal here wasn’t to put a high priority on taking his back, that would require me to match his movement speed and FOLLOW his back.

Rather, my goal here to follow his back just enough where he would have to move defensively, then wedge him in place so that as he rolled or moved away he was carrying most of my body weight through his movements; leading to an a symmetry in work rate over time.