Gordon Ryan Shares His Formula For Dealing For Injuries in BJJ 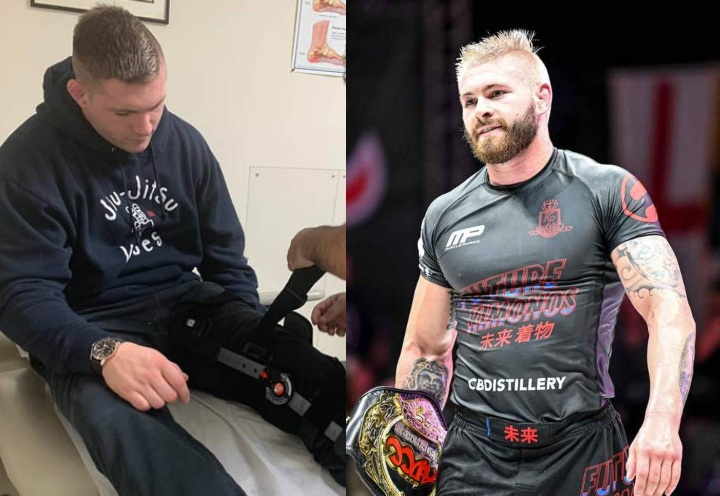 Dealing with injuries is something almost all athletes struggle with.

Most people will let fatigue, exhaustion, and or being out of shape take them out before they ever deal with any kind of real pain caused by a minor or serious injury. Chronic pain from a bad lower back, jacked up fingers, bad knees, bad ankles, or things liked bruised ribs can set you back. But you will see most people opt out of training way before this, or most will play up an injury to make seem a 1000x’s worse then it really is.

In this video, 3x ADCC world champion Gordon Ryan shares his formula for dealing with injuries in BJJ.

Gordon Ryan injured his knee — ruptured his LCL and strained his biceps femoris tendon — in his match against Joao Gabriel Rocha during the KASAI Super Series in February 2019. Ryan won the match, but reported hearing 5 or 6 pops in his knee while entering the saddle. He was able to recover in time for the 2019 ADCC worlds in October where he won gold in his weight class and open weight.