Gordon Ryan On the Hard Core Origin of BJJ: ‘Me Talking Sh*t Is Tame Compared To What Helio Gracie Did & Said” 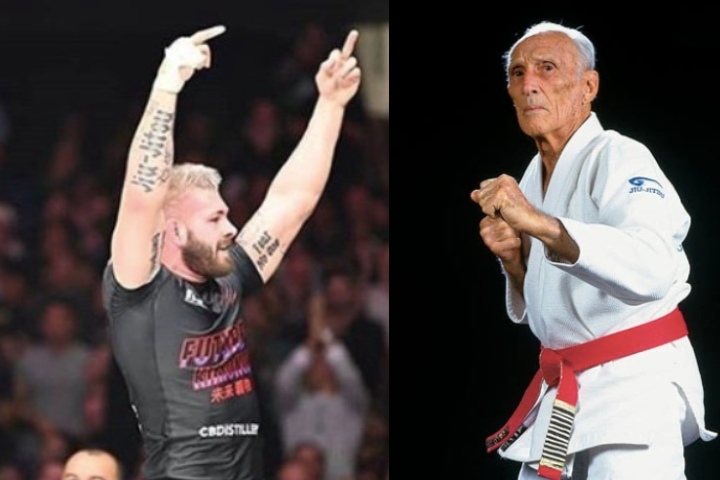 3x ADCC champion Gordon Ryan is known for being the world’s best No GI Jiu-Jitsu competitor and also for his provocative attitude off the mat – especially on social media. Ryan is known for his use of trash talking to promote himself.

In an exclusive interview with Brazil’s TATAME Magazine, the champion made fun of the origin of Brazilian Jiu-Jitsu and even mentioned Grand Master Helio Gracie.

“What happens today doesn’t compare to the origin of Brazilian Jiu-Jitsu, where Brazilians often called people “fagg*ts” to provoke fights, got into fights wherever they went and invaded Karate schools, beating up the main instructor for fun and taking over their schools. If that’s where the roots of Brazilian Jiu-Jitsu lie, even talking sh*t, I should be considered tame compared to Helio (Gracie) – who took a coffin to his fight with Kimura”, said Gordon, current double gold medalist from the 2019 ADCC.

In recent months, the debate about the term “American Jiu-Jitsu” has been firing up the BJJ community regarding a new “version” of Jiu-Jitsu coming from America and, naturally, a comparison was made with Brazilian Jiu-Jitsu – widespread throughout the world. Gordon was emphatic when responding and showed his version of the controversy of social media.

“American Jiu-Jitsu doesn’t exist. There are innovations from our beloved sport around the world. The Japanese created Jiu-Jitsu and the Brazilians continued to innovate and create a new set of rules to compete. In our time, there are many innovators from all different countries. Calling it “American Jiu-Jitsu” is as silly as calling it “Brazilian Jiu-Jitsu”, just call it “Jiu-Jitsu”, pointed out the champion.

Still about American Jiu-Jitsu, he explained why American BJJ black belt Keenan Cornelius created this term: “It was simply Keenan’s marketing strategy, in the same way that “Gracie Jiu-Jitsu” helped the Gracies to build their names. The only difference is that I believe the Gracies had more impact on the modern form of Jiu-Jitsu than Keenan,” he concluded.

Renzo: ‘Diaz Bros Represent The Hardcore Of Jiu-Jitsu. Were Raised The Right Way’