Gordon Ryan: “Nicholas Meregali Is The Most Professional World Champion” 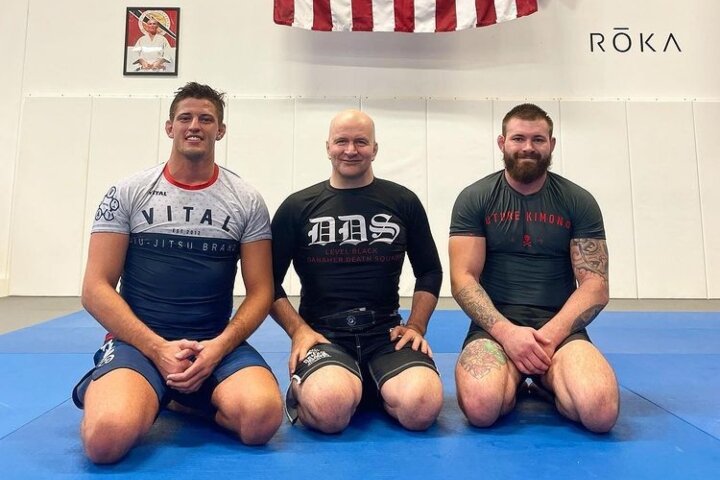 Nicholas Meregali has decided, after years of dominating the competition podiums in the gi, to venture out into the world of no-gi grappling. In order to do so, he sought out help from John Danaher himself; and has been dedicating himself vigorously to both the transition to the no-gi world and to sparring with the best contemporary no-gi grapplers. One of them being Gordon Ryan.

Ryan, who earned much of his popularity by trash talking to other athletes, has shown a great deal of respect towards Meregali. And why might that be the case, you ask? Well, it’s because of the efforts that Meregali has been putting into training.
Gordon shared his exact thoughts in an Instagram post:

I have trained with just as many world champions as I’ve competed against, and I can confidently say that so far Nicholas Meregali is the most professional of the bunch by a land slide.
Kid is here every single day and has no ego – something VERY rare for a person as successful as him. He’s here to learn, to be better, and you better take notice – because he’s coming.

Meregali was appreciative of the support:

Thank you my friend. This beginning is the worst part of the learning process and I’m doing my best to repay all the support you guys have given me since day one. Let’s smother some faces hahahah.