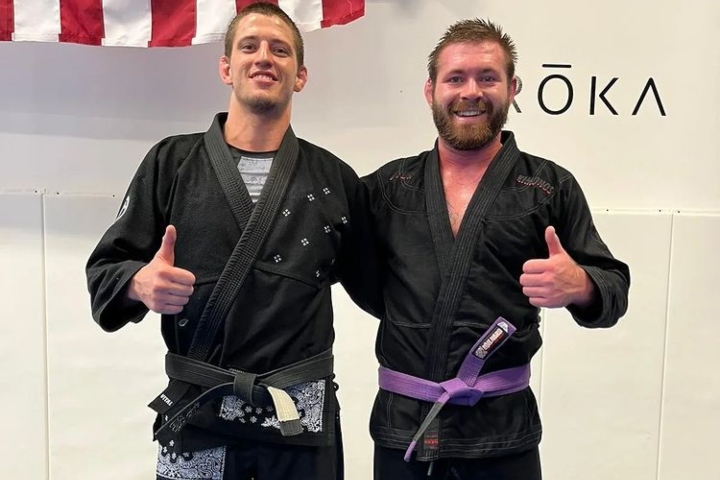 Gordon Ryan is a world-class grappler and a well-established BJJ black belt. Nevertheless, he doesn’t train in the gi nowhere as often as he does in no-gi; and he has a great sense of humor about it.
Namely, he’s posted that he was just promoted to a purple belt rank in (gi) BJJ by Nicholas Meregali – his relatively new training partner:

It is such a pleasure to work with him and help him prepare for his gi world championships. Words cannot describe what it’s like to receive this belt from him. Lots of work to do, as you can tell by the color of my face. Osss.

Naturally, as many of Gordon’s posts, this one couldn’t fare without call-outs from other athletes. This time it was Felipe Pena, who said:

My son is evolving and maturing, I am so proud! Daddy loves you very much.

Ryan answered in his usual way:

I know, I’m proud of myself too. Maybe one day I can work my way all the way up to being good enough to get strangled by him in the world championships just like you!