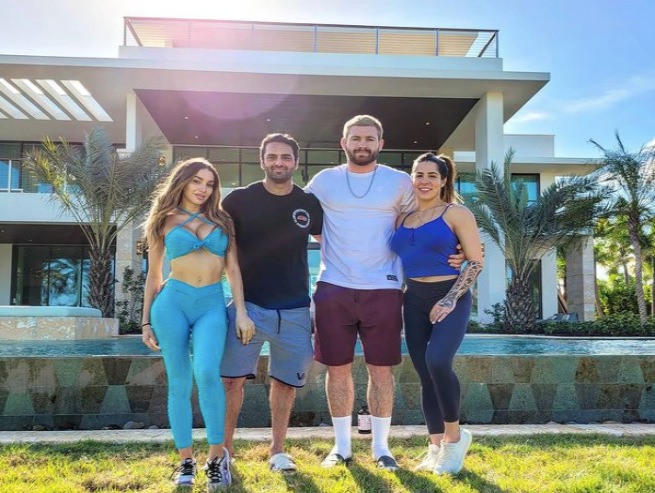 The suspense is over, 3x ADCC world champion has revealed where he has moved to Puerto Rico! The world’s best No Gi grappler decided to leave to New York last week because of various reasons:

“I simply cannot stay in nj (New Jersey) anymore. @govmurphy has made it his goal of driving everyone out of this state, the state i was born and raised in, and congrats moron, youve succeeded. With that being said, some people need to be here.”

“when they ask “why would you want to leave?”…. imagine having to eat your breakfast next to something that smells like a dumpster in mid summer, then getting yelled at for not having a mask on when theres people next to you who have the plague, with no mask on, and they are left alone.”

In his latest IG post, he described how his new life in Puerto Rico will look like, accompanied by his girlfriend and his close friend ADCC organizer and multi millionaire Mo Jassim:

“I MOVED TO PUERTO RICO😝. A few months ago i traveled here with the team for a mini camp with @mojassim80. After being here for a week, it was one of the very few places that ive ever felt sad to leave. Usually when i travel, i can’t wait to get back home and continue training (despite my distain for nj/nyc). In PR, i was genuinely depressed when leaving, and the only 2 places that have made me feel this way were certain parts of TX and certain parts of FL. The second we landed in Newark and got off the plane, i looked at @heysonnyy2 and said “we are moving to PR”. I expressed to Mo and Ali that i wanted to make a move. Mo said ok and helped me set up the logistics. A few months later and here we are. A completely stress free paradise where all i need to focus on is training. Covid restrictions in nyc basically cut my training time in half and i already wasnt able to make my own schedule. Here in PR i will be able to make my own training schedule and do what i want, at least until covid restrictions are over on the mainland. A gym and affiliate program will be opened soon (more details to come), and camps will be run here from PR. Im looking forward to giving you all more info as we go along and also very excited to meet my puerto rican friends and fans 🇵🇷 @heysonnyy2 @lynaritaa”

Gordon Ryan, the biggest current star in Grappling has had an amazing run in the past few years. The 24 year old has won everything there is to win in No Gi grappling: 3x ADCC world champion, EBI champ, black belt 2x gold at IBJJF No Gi Pans and Worlds, and this year double gold at ADCC, and defeating a who’s who list of BJJ legends in superfights (Palhares, Gonzaga, Oleynik etc…) This had never been done before.

At age 24, Ryan has won everything there is to win in No Gi grappling so what is next ?

Earlier this year, in February Gordon treated himself to a huge 1 million dollar home and new truck. Now 9 months later he has decided that he wants to leave New Jersey and is also putting his beautiful house on the market.