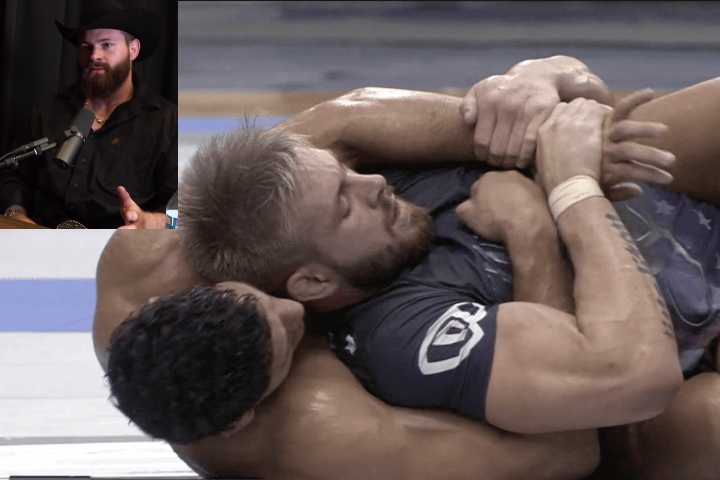 There’s a pretty high likelihood that Gordon Ryan will face Felipe Pena this year – at ADCC 2022. And he’s confident that he’ll beat him; despite the fact that Pena is one of the few people that beat Ryan at the black belt level.
In his (as well as George St-Pierre’s and John Danaher’s) recent appearance on the Lex Fridman Podcast, Gordon shared his outlook on the previous two matches against Pena:

Yes… I fought him initially when I first got my black belt – and then I fought him a year later. So, 2016 and 2017. And, despite what people remember about the match… Nobody remembers that the first match was like a 45-minute war.
And the second match with the full 20 minutes of the ADCC; if I hadn’t gotten my back taken in the last minute and a half, it would have went into overtime, which could’ve changed the outcome of the match.

He also thinks that Pena has only become worse after their last match:

But, I think that if you look at Felipe’s performances – specifically no-gi – since then, it seems almost as if he’s gotten worse. Whereas, since that match in 2017, the only match I’ve lost after that was against Vinny Magalhaes by points.
And I’m on like a 55-match win streak. Over the course of four years, winning all the major tournaments [in] no-gi.

Felipe, since that match, is I think 5-2 in no-gi. He’s lost his last two matches; one was convincingly, where he was dominated by Andre, and one was by submission.
So, I don’t think that he’s progressed nearly as fast… If anything, it looks as if he’s worse than when he beat me in 2017.

However, Gordon is staying respectful towards Felipe Pena and his preparation. Though he doesn’t believe that he is anywhere near his level:

That being said, I know that he’s going to come in by training very hard for this one, he is going to be prepared. But I just don’t think that he’s anywhere near my level.