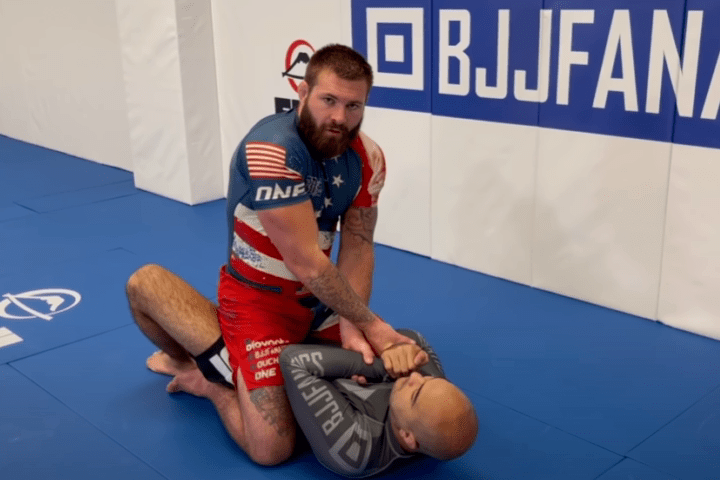 Getting into the Mount position in BJJ is hard enough… But maintaining it and attacking from it can be even tougher, especially if your training partner/opponent knows what they’re doing. Heck, sometimes you feel more on the defensive then the person on the bottom does – simply due to the constant threats of escape that they’re posing.
Gordon Ryan had that struggle when he was a brown belt, too. But at that point, he was shown a weird grip that made his attacks much more dangerous; and his control much more endurable.

WEIRD GRIP THAT MAKES MOUNT CONTROL AND ATTACKS MUCH BETTER

When you’re in Mount, your goal is to extend the bottom person’s limbs in order to attack them with submissions. However, doing this can be really difficult – particularly if it’s a No Gi match and under a submission-only ruleset. Your opponent keeps their elbows tight to their body, and you try to push one of their arms down to the mats… But it seems almost impossible to do so.
That’s where Gordon’s grip variation comes into play.

He explains that you shouldn’t grab the opponent’s wrist with a “normal” overhand approach. Instead, use an underhand, cross-hand grip!
That is, if you want to push their left elbow and arm to the mats, grab their left wrist with your left arm – with an underhand grip. This way, instead of pushing against the opponent’s big chest and shoulder muscles, you’ll enact pressure on their rotator cuff. Which is far weaker than your pushing power is.

Check out Gordon explaining everything about this weird grip here: