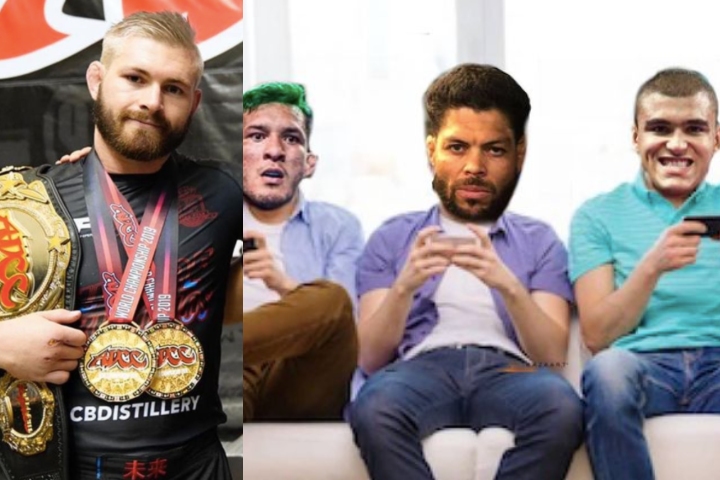 At the recent ‘Who’s Number One’ event, Gordon Ryan shocked the BJJ community when he slapped Andre Galvao.

After the dusta was cleared, Ryan made a statement denouncing Team Atos and their leader Andre Galvao as hypocrites, and ‘scumbags’. He covered a vast array of issues from his feud with Galvao to Atos kicking out Keenan Cornelius…

“Let’s keep few things in mind and look at the facts. The first sh*t talk ever between me and Atos was when I beat Hulk (Lucas Barbosa) at F2W in 2017. Andre Galvao and Hulk threw a temper tantrum on IG, I retaliated.

Everyone paints Atos as a group of angels, but they’re really a group of scum.

Josh Hinger tried to get us kicked from ADCC and tricked Craig Jones with that fake picture. Kaynan Duarte f*cked me and literally every person involved in the Modolfo Camp out of hundreds of thousands of dollars and went back on his word after having a clear (and legal) agreement

Hulk talks sh*t publicly once a week about banging nat, which again, is fine with me. You’d have dumber than Lucas to make that swap. Keep in mind that not once did I ever mention Andre’s kids or wife. Not that I’m opposed to it, because I absolutely would. But I and Andre have always been very respectful towards each other families, but the rest of Atos hasn’t.

Again, I literally don’t care if Lucas talks about gang banging nat backstage at a tournament. You think shit like that phases me after watching my dead dad’s body being peeled off the bed and thrown on the floor. Good Luck Lmao.

Keenan Cornelius, Andre’s student and black belt got thrown out of Atos, had no place to train, so I invited him to Renzo’s to help him with his ADCC camp, even though that made ZERO sense seeing as he was in my division. Then, what did he do in return? He tried to also get us kicked out of ADCC. On top of taking all the sh*t, John taught him and selling it on his website as his own. All after we invited him in when he had nowhere to go.

Ronaldo Junior, one of the only guys who was with Andre during the drama, was too busy crying in the corner, rather than being there to back his buddy up. Imagine if it were Garry or Tom in that situation? The whole team is ready. Ronaldo wasn’t even there to offer help if Andre needed it and Andre is on camera demanding respect from me.

Imagine this. He has his black belt (Keenan Cornelius) who had a falling out with open a school two blocks away from him, tries to poach his students and instructors, and openly talked sh*t about them. The best part, after all that, Keenan convinced all of Andre’s top students to move to his platform and teach for him.

Think about that. Andre has his website, Atos Online, and now you have Keenan, who takes all Andre’s top students, who all agree to teach for Keenan website. Andre’s students are literally taking money out of his pocket and food out his kids’ mouths by doing this. Andre is over here demanding respect from me. But it’s clear that his own students don’t have an ounce of respect for him. And now, neither does anyone else on the f*cking planet.

Clowns. Your morale might be worse than your technique. I never started with Atos in the realm of sh*t-talking, but now that it’s kicked off, I will NEVER stop. But it’s not even sh*t-talking. Like always, and like everything above, it’s facts.”