Gordon Ryan Blasts IBJJF Hypocrisy For Meregali DQ: ‘They Let Cyborg Slap Me in the Face for 9:59’ 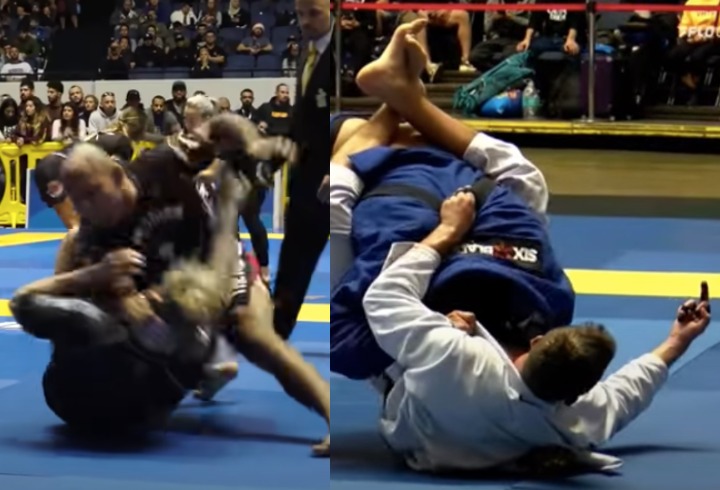 Lovato Jr on Victor Hugo winning by Meregali and eventually winning the finals:

There will be people that say he (Victor Hugo) didn’t deserve his spot in the final, but upholding the integrity of our art through the athletes conduct is extremely important. His opponent’s actions took place during the match not after which is why Victor was declared the winner. No one wants to win that way, but the @ibjjf had to make the right decision otherwise future competitors could go out there & do the exact same thing. Victor still had to step back on those mats & earn that gold medal & that is exactly what he did, by submission no less. This guy is the example of hard work, attitude, humility, & respect that you want in a Champion. I am so happy for you little big brother & very grateful to be a part of your journey. Still just getting started…

Nicholas spoke out on his social media:

I know that what I did can bring some difficulties to my career, but I have my values ​​and regardless of what they try to do with me, I will fight for them. I won’t fit into standards that I don’t agree with just because of useless common sense. I have no reason to accept being desrespected, in any other sport that guy would have been kicked out of the gym. They took 2 world titles from me, but I’m sure the sport will improve after that.

3x ADCC champion Gordon Ryan who doesn’t compete nor train in the Gi anymore, decided to criticize the IBJJF and calling out their hypocrisy.

The same organization that had gang fights break out every single tournament just DQ’ed its currently most marketable athlete for giving the finger. What world are we in? I wanna see the best combat athletes compete, not a tea party. Who gives a damn if he flipped anyone off? IBJJF let Cyborg slap me in the face for 9:59 and waited until 1 second left to DQ him. They let Buchecha talk smack while competing across the mat. This is so 2021.

Here is the IBJJF No Gi match between Ryan and Cyborg that he was talking about: