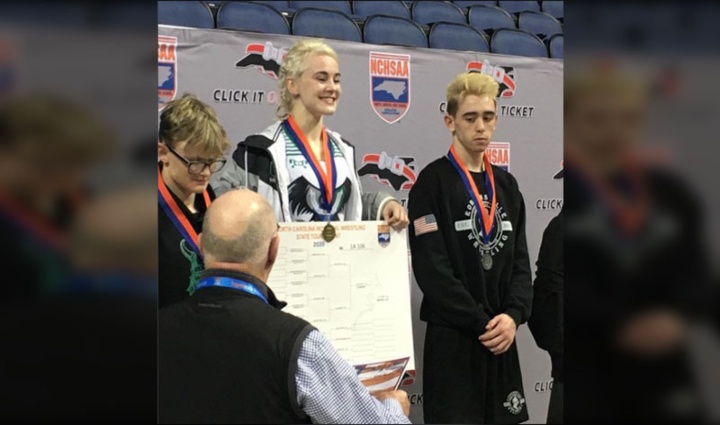 Heaven scored a pin in her first match, won her semifinal 9-4 and won the fnal with an 11-3 major decision. All of her opponents were boys.

Fitch, is a senior at Uwharrie Charter High School in Asheboro. She finished her season with a 54-5 record, winning the Most Outstanding Wrestler Award for the 1A classification after placing fourth in the state in 2019.

“I’m just glad I can be a role model for people younger than me and it’s so insane to be inspiring to others. To think that others look up to me is kind of crazy.”

“I just wrestled my best and I kinda dominated the match if I’m being honest.”