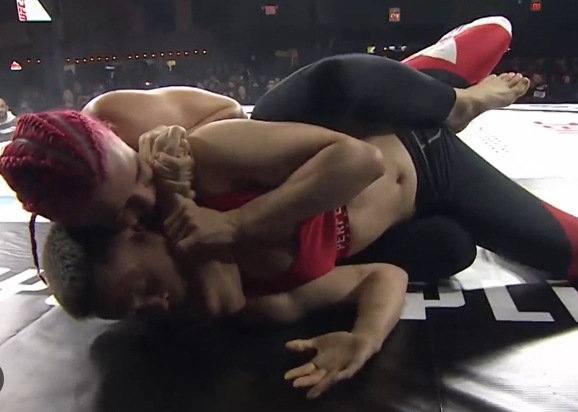 The grappling match was the headliner on Saturday, Dec. 30, for the Fury Pro Grappling event at 2300 Arena in Philadelphia.

The match was for 10 minutes, but Robertson dragged Namajunas to the ground, took her back and locked up the rear-naked choke submission.

Robertson has the record for the being the woman with the most submission wins (6) in the history of the UFC.