Get To Know The Top Current European Grapplers 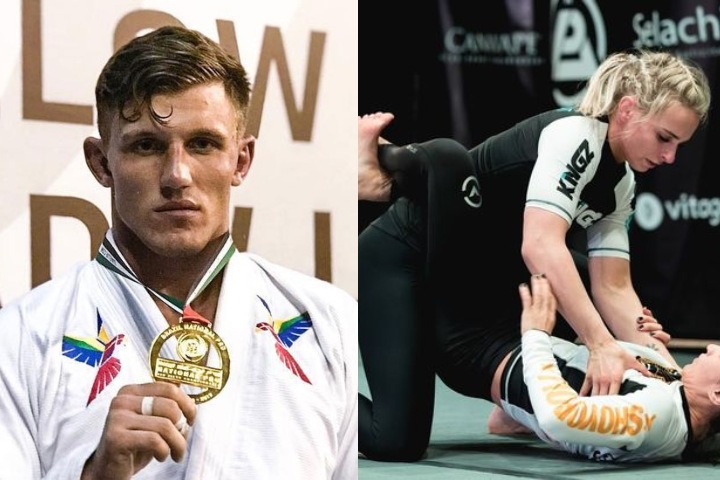 BJJ and No Gi Grappling is getting more and more popular in Europe in recent years and we`ve seen many quality fighters coming out of The Old Continent. Brazil and USA still remain the Mecca of BJJ, but European grapplers have shown that they can be a serious opposition to their rivalries who train and compete overseas. European grapplers can brag with some big wins on major tournaments in the last few years and in this article we are going to look at who are the most recognized and successful European BJJ fighters in recent years.

Here`s our Top 10. Please, notice that our rankings are based on recent results and performances (and probably personal preferences):

Max Lindblad AKA “Killer Carrot” is a Swedish born Brazilian jiu jitsu black belt under Kent Hammarström and one of the top European grappling competitors, particularly with the gi, a genre in which Lindblad conquered important titles such as the IBJJF European Open as well as the UAEJJF World Pro and Abu Dhabi Grand Slam in London at colored belts. He has been competing at the black belt division since 2017 and has won some big IBJJF Open tournaments and caused a lot of trouble for some world class black belts from overseas.

Check out one of the recent great performances of “Killer Carrot:

Gerard Labinski is a Polish-born black belt under Leandro Lo who has been terrorizing the super-heavyweight division up to brown belts until 2017. In that year he stepped up to the black belt division and won the UAEJJF Grand Slam in Rio de Janeiro. His most recent achievements are winning gold medals at the IBJJF South Brazilian and Curitiba Championships. This worm-guard master has racked wins over Igor Silva, Victor Hugo and has went toe-to-toe with the best in this division in his first 2 years in it.

Check out how he managed to secure a win against No Gi World Absolute World Champion Victor Hugo:

A Portuguese black belt who reached the middleweight final of this year`s European Championships. As a purple belt he has won the IBJJF World Championship and as a purple and brown belt he has won the IBJJF Euros. This lightweight is just 25 years old and is yet to prove himself on the big jiu-jitsu seen, but he has proven that he can cause trouble to world-class athletes like Levy-Jones Leary and Tommy Langaker.

Check out a short highlight of his purple/brown belt days by YouTube Channel Bjj Original:

Ashley Williams is a Welsh-born grappler, and a black belt under Chris Rees. He grabbed people`s attention with his achievements it the No Gi circuit, particularly with his wins at the International Brazilian Jiu-Jitsu Federation (IBJJF) European No-Gi Open, and his performances in submission-only events such as Eddie Bravo Invitational (EBI), Polaris, GrappleFest and Kasai Pro. He holds wins over Richard Alarcon, Ethan Crelinstein, Masakazu Imanari, Frank Rosenthal, Kamil Wilk and has fought to a draw with Joao Miyao.

Check out a short documentary on him by Tatami Originals to see what he`s all about:

Not only a great competitor, but a great coach also. That’s how this Irish black belt is recognised in the BJJ community in Europe. This middleweight is a black belt under the Ribeiro brothers and one of the original competitors in the famous ‘Lloyd Irvin BJJ Kumite’ tournament. O’Conaill is also an EBI veteran as well as an American and European No Gi champion. He is representing team East Coast Jiu-Jitsu.

This short documentary about him will tell you everything you need to know about this Irish black belt:

Another great Scandinavian grappler is Espen Mathiesen. He became one of the top grappling competitors in Europe while going through the ranks in the IBJJF Gi circuit. There Espen conquered medals in important tournaments such as the World, Pan American, and European Open Championship (colored belts) as well as the prestigious Copa Pódio Grand Prix. He holds wins over Yan Cabral, Michael Liera Jr., Jonathan Satava, Edwin Najmi, Celsio Vinicius and Lucas Barbosa.

Check out highlights from his first season as a black belt:

Ross Nicholls is a black belt under Roger Gracie who got our attention by winning the ADCC European trials in 2018 in the -77kg. division and then going toe-to-toe with none other than JT Torres. He has won prestigious IBJJF tournaments and colored belts and black belt, but his performances at the submission only scene and ADCC, as well as his smooth like silk style put him in this place. He holds wins over Gianni Grippo, athan Orchard, Max Campos, Darragh O’Conaill and Matheusz Gamrot.

Find out more about this exciting grappler from this cool video by Tatami Originals:

A Welsh black belt training under Daragh O`Connail Davies made a name for herself in the world of BJJ through her many important wins in the IBJJF circuit, ADCC, and submission only tournaments. Using her aggressive judo game and pressure passing she was able to secure Worlds No Gi, European Open and Brazilian national gold medals in the last two years. She made history at this year’s European Open when she won the Absolute division and became the lightest female to ever do it. In 2019 she reached the final of the -60 kg. division of ADCC Worlds. This dominitation did not come overnight. She was racking up the gold medals from major competitions since her purple and brown belt days.

Here you can see Ffion winning the Worlds No Gi in 2018:

This black belt from Norway first got our attention when he defeated Erberth Santos at the IBJJF European Open in 2018. However, his results after that did not disappoint and proved that the hype is real. Langaker is an IBJJF Pans and European Open champion and a silver medalist from 2018 IBJJF Worlds. He is also a gold medalist from Copa Podio’s team challenge – “Vikings vs Cabras da Peste” (Scandinavia vs Northeast of Brazil). Gabriel Arges, Marcos Tinoco, Michael Liera Jr, Gilbert Durinho, and Ronaldo Junior are just few of the world-class athletes that Langaker has defeated.

Check out a highlights of his recent performances:

This heavyweight wizard is one of the first big-name grapplers to emerge from Poland. He is known for his amazing Single X/X and Butterfly Guard and has been a force to be reckoned with in the Gi and No Gi scene. He reached the final of this years IBJJF European Open and lost to Keenan Cornelius with an advantage, but his 2019 was one to be remembered – he won the No Gi Worlds, and had a great performance at the ADCC Worlds (after winning ADCC European Trials) scoring one win and one loss. He won the UAEJJF Grand Slam and Rome Open, reached the final of the IBJJF Pan Championships defeating Lenadro Lo on his way. He barely had any other result than 1st place in the colored belt divisions.

Here are some of the best highlights from Adam`s career:

Europe’s TOP black belts are here to give you the guard of a VIKING! 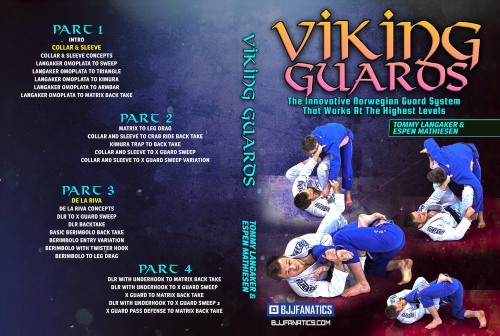