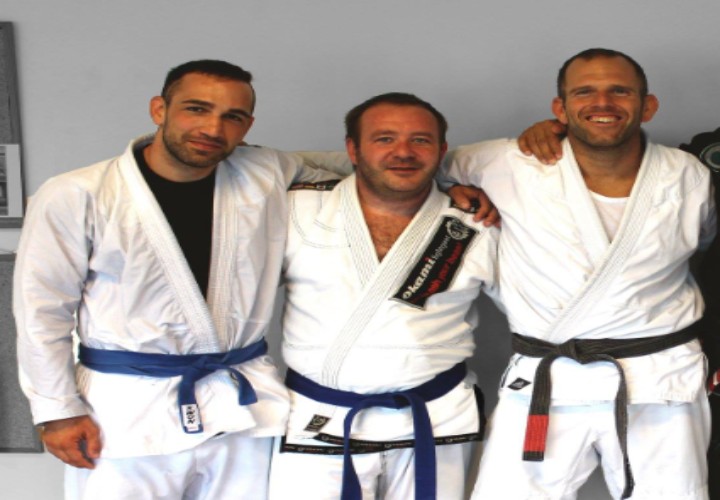 For a beginner, the BJJ blue belt is a big deal in the martial art/sport as it’s the first coloured belt in the long journey that makes up Brazilian Jiu-Jitsu. For long term practitioners, the blue belt is really just a stepping stone in the grand scheme of things. With this in mind, Björn Friedrich, a German BJJ black belt under Joe Moreira BJJ is heading a program that sees students sign up to 12, 4 hour online seminars with a BJJ blue belt at the end of the course for those that pass it. The course costs 999€ (early bird rate).

UK BJJ black belt Howard Kinnard is teaching BJJ in Germany  and he found himself in a awkward position when one of his first students received his blue belt, not from him but from the blue belt course…

So………I opened my own gym about 2 months ago, just after I got my black belt, and am (very) slowly building my student base. We are in a small town where the next BJJ is about an hour’s drive away.

One of my first students yesterday received his blue belt: not from me and in a test he paid for from someone 450km away.

The test was the culmination of 12, 4 hour seminars he was required to take over a 12 month period (6 seminar weekends with a seminar on Saturday and another on Sunday) so a total of 48 hours instruction from the guy who promoted him.

He was required to “practice with a friend between seminars.)

In the guys defence he did more than required and trained at a club once a week for the year and his skills reflect that – someone who has trained once a week in a structured club for a year (he also does judo once a week I believe.)

The course is advertised to teach old school Jiu Jitsu mixed with today’s sporting attributes to enhance the SD aspect.

He told me he was doing this course when he started at my club a few months ago and I told him people wouldn’t respect his belt if he went that route but didn’t think it would bother me that much.

Now it has happened, I’m not sure how I feel.

As an offshoot from the other thread;

I asked my student (who just received his blue belt from another instructor via a distance learning relationship, see other thread) why he decided to go that route and not wait to be promoted at the GB school he was visiting once a week before he came to us.

His answer was that the trainer at the GB school was a purple belt who could not give him his blue belt. There is an affiliate black belt who visits every three months or so and gives out stripes and belts but, in the eyes of my student, this is no different to being graded by the person 400km who graded him after teaching him for 12 seminars.

I’m sure that there are a lot of people in this sort of situation with no resident black belt to grade them, so let’s ask the (no doubt inflammatory) question: how is that any different to the route my student decided to take?

This is not the first time that BJJ instructors have offered some non-traditional ways of promoting students in BJJ: 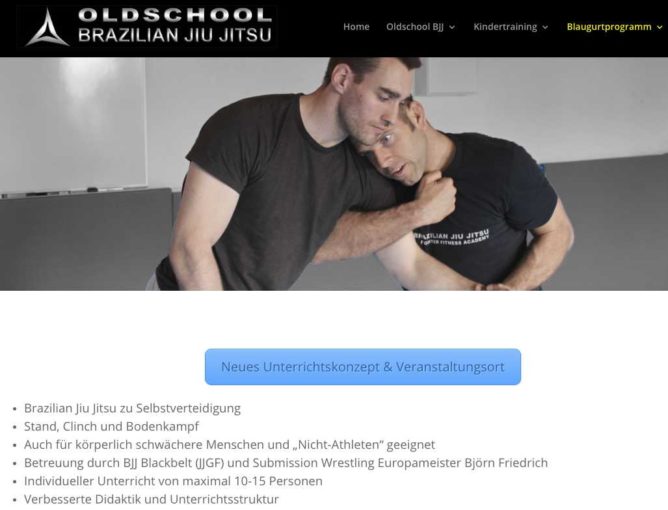 “What is the blue belt program?
The Blue belt Program is a series of seminars created for people who have no opportunity to train regularly in a Brazilian Jiu Jitsu school.

Björn Friedrich developed the program in 2006 and led countless students to the blue belt in Brazilian Jiu Jitsu. The concept was completely redesigned in 2018 and thus an even higher class quality and faster learning success are guaranteed

The Blaugurt program comprises a total of 12 four-hour seminars, divided over 6 weekends, for a total of 48 hours of lessons.

The individual workshops build on each other, a cross-entry, is therefore not useful and not possible.

Between the individual seminar dates, the student is encouraged to practice what they have learned at home with a training partner. If there are any problems, the student can contact Björn by phone or e-mail and get help.”