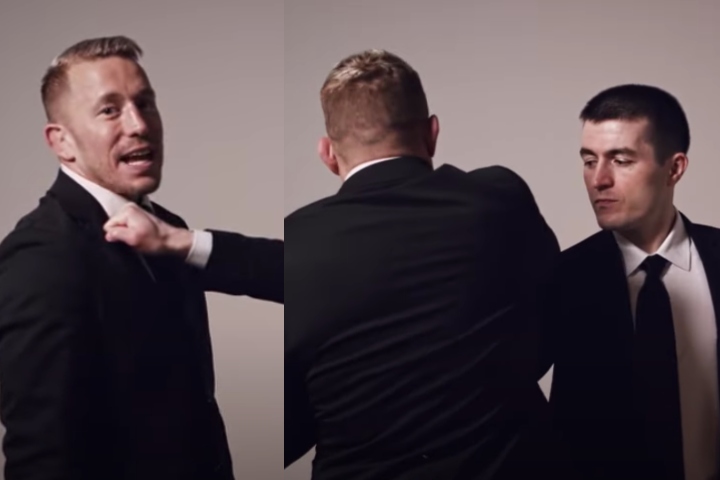 There are a few reasons why weapons training is not routinely trained. The first being that many practitioners actually don’t have a primary training goal of self defense. Nothing wrong with treating BJJ as a pure sport, but they must realize that they are not learning the full art or capturing the essential core and intention of the style.

Take knife defense as an example, rarely are knife wielding assailants going in predictable, slow motions while attacking. So principles have to be learned. Distance management, improvised shields (backpack, chair, etc.), two on one grips against the weapon hand, watching for hand switch offs and isolating the attacking arm to get the weapon and disable the attacker. You incorporate the technique principals in isolation and slowly combine them to reality. Put a pair of goggles on to protect the eyes, drop a knife randomly into a roll and watch how everything changes. No fancy sweeps, no inversions, just pure raw combat. Mistakes made can be observed and adjusted for the next round.

In this video, former UFC champion Georges St Pierre shows Lex Fridman an effective defense when someone has a knife to your throat. GSp emphasizes that you should be using using your entire body to deflect the weapon, not just your body.