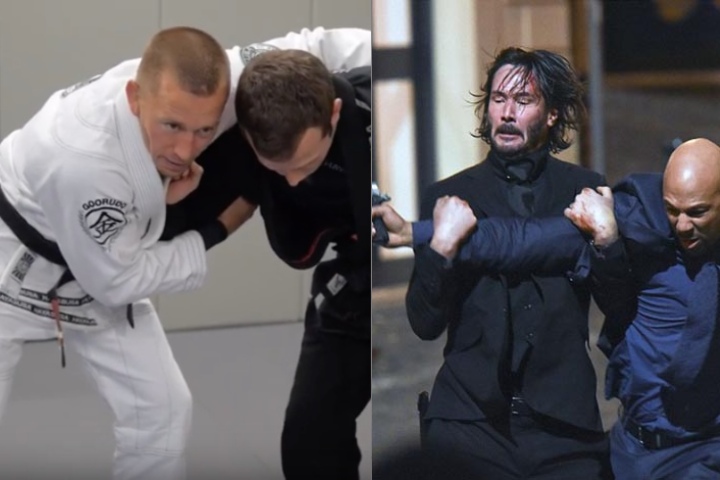 GSP has been training BJJ for close to 15 years. Bruno Fernandes is GSP’s BJJ coach, talks about GSP’s Jiu-Jitsu:

“Without a doubt, he is a legitimate BJJ black belt. He’s already a black belt for over 6 years and it took him quite a while to get there. Well before being famous he has practiced Jiu-Jitsu, including going to New York to train at Renzo Gracie academy with John Danaher and others. With or without kimono I’m sure he’d do against very well against other competitors on the current circuit.”

GSP has trained in the past with BJJ legends as well:

In this video, GSP analyses MMA and BJJ scenes from the movies and TV, including ‘Warrior,’ ‘John Wick: Chapter 2,’ ‘Flash Point’ and ‘Redbelt.’