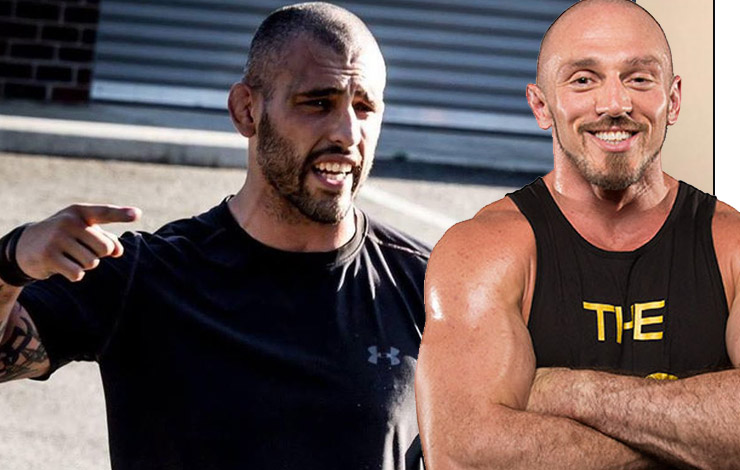 Lockhart and Mike Dolce represent two of the most well known names and faces in the MMA dietary field. Between them they’ve helped everyone who is anyone in mma from McGregor to Ronda Rousey.

“If there’s anybody I want to punch in the face it might be Mike Dolce,” Lockhart said, speaking on the Ariel Helwani MMA Show today. “That’d be a fight I’d wanna make. There’s a lot of things he’s brought up about me, he’s attacked my character, he’s attacked my company … he goes online and really talks about my entire team. Attacking me is one thing, going after my team and the guys who are going out there trying to do well — guys like Ian Larios, he’s attacked him — it’s funny because when we’re face to face in person, he’s like, ‘Hey, what’s up man’, and online it’s a totally different story.

“We never actually respond to the stuff that he says about us. He says we send people to the hospital and we don’t know what we’re doing, this and that, but we never actually respond because I think at this point we’d give him more credibility by bringing his name to the picture. But if he wants to squash the beef, I know he’s got a lot of animosity towards me, if he wants to get into the cage, I’d be more than happy to throw leather at him, man. Either knuckle up or shut up. I don’t see a whole lot of good talking smack on social media.”

“I’ve gotten a chance to work with a lot of different gyms and see a lot of different people and me and [John Kavanagh] have really clicked,” Lockhart said. “I love how he coaches, how he mentors people, and he’s got this new gym opening up. Any chance I can get to go over to Ireland, I’m there. So if I can go out there, especially with this new gym that he’s opening up, I would love to train out there. It would be a dream come true to have him corner for me, or train me as much as possible.”