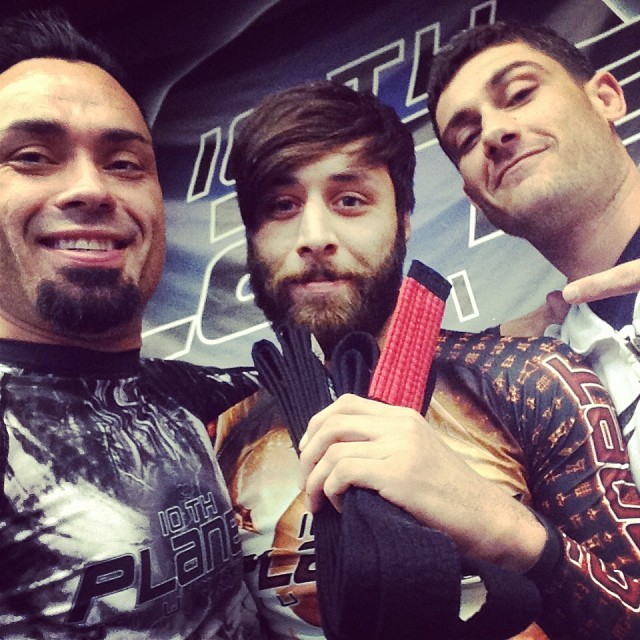 When you are a BJJ blue belt, you have reached a respectable level where you are no longer a total beginner but you are somewhat in a strange place.

The blue belt is usually the belt level where you will spend the most time. During this period some blue belts might start to get big headed and try to belittle white belts, often forgetting where they started. They also start to search for shortcuts that will permit to defeat some higher belts, so they start to work on some of the sneaky techniques such as wristlocks, start working heavily on leglocks and strangely start to invert when getting their guard passed…

Some blue belts might get hit with the blue belt belt blues where you start to lose motivation to train. This is also known as the infamous ‘bluebeltitis’ and they might quit Jiu-Jitsu.

There is no denying that Jiu-Jitsu is designed to make you quit, but if you push through, it can actually be a beautiful thing in your life and change you for the better.

Geo Martinez is a black belt under the legendary Eddie Bravo. Interestingly, Geo comes from breakdancing and he was able to get a black belt in 10th planet Jiu-Jitsu in a record 3 years. His most significant competition results are winning the EBI tournament and placing 4th at the ADCC in 2015.

We recently asked Geo, during the 10th planet camp in Amsterdam what advice he could give blue belts.

You have to stay tight. Surviving is a key to jujitsu if no one can tap you out then you never lose. So at blue belt I worked a lot on my defense and then at purple and brown belt, I worked more on my attacks.

By the time I got to my black belt, I went back to what I was doing so I started to work on my defense so that nobody could tap me out. So if I have to go back in time, that’s what I would say because defense will make your offence even better. Defense is the key once you build up your defense then you also build up your confidence. When nobody can tap you had no matter in what bad position you are in then that seriously builds up your confidence and that makes you a better practitioner.