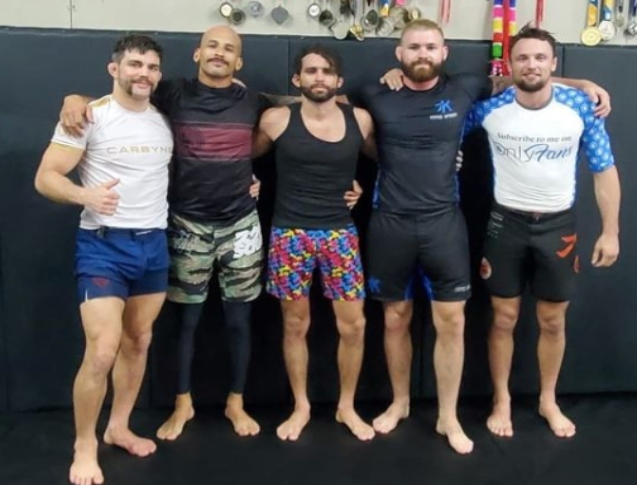 It goes without saying that one of the hottest topics in the BJJ community recently has been the change of location that the top BJJ team from New York city has decided on. Of course we talking about the Danaher Death Squad of coach John Danaher headed by Gordon Ryan .

It all started with Ryan’s strong stance that if Joe Biden wins the US election, he would no longer stay in New York / New Jersey due to, among other things, the area’s tax laws. But no one expected Ryan to be followed by Danaher himself, who devoted his entire life to developing the Renzo Gracie Academy in NYC.

So far, Ethan Crelinsten, Nicky Ryan, Oliver Taza, Gordon Ryan, Nicky Rodriguez, Craig Jones and some lesser known competitors from the blue basement have joined the team . A few days ago, on his social media, Gordon Ryan officially wrote that he and Danaher were planning to open a new academy in February / March 2021 in Puerto Rico. There is no doubt that a very thick topic is being prepared and it seems to us that this time the Jiu-Jitsu Mecca will move to much more luxurious conditions.

In this recent interview Garry Tonon told us a bit more on how the new academy is shaping up:

“If all goes well I could see us having a gym in three months, four months. If I’m taking more into account the general pace of how things have been happening elsewhere, I’d say more realistically maybe it takes like six months. It’s hard to say.

I do think we’ll eventually have a gym out there where we’re training and I’m excited for when we do. We’ve already bought a lot of the things… It’s gonna be a great spot to train… It’s gonna be a destination where a lot of people are interested in coming and visiting.”

They haven’t yet established who will be teaching and what but John Danaher will be leading the team:

“If I told you we’ve had conversations about this, I would be lying. It’s very possible he (Danaher) already knows exactly how he wants to do things.”