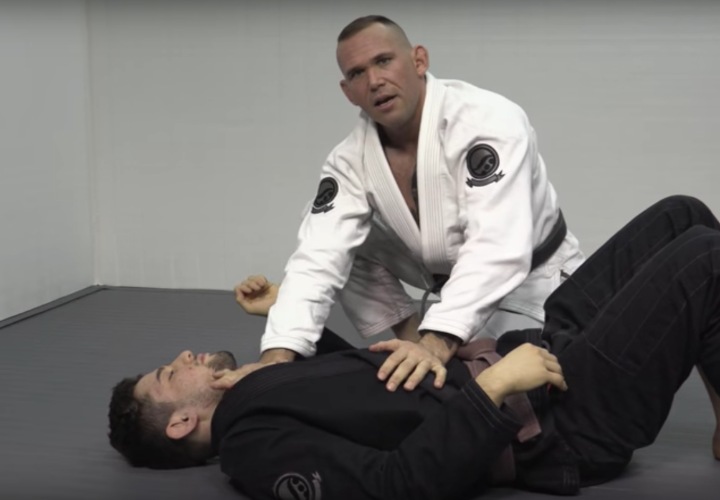 Shoulder pressure is a very important aspect of a successful Jiu Jitsu passing and submission game. In this video, the famed instructor Paul Schreiner shows how to correctly utilize the concept of shoulder pressure principles in side control.
To start out, he points out an important piece of advice: a Jiu Jitsu athlete should not be concerned about crushing his opponent’s face with his shoulder. Instead, he should be aiming for precision in terms of the direction in which he is applying pressure.

Shoulder Pressure and Placement
Then, instructor Schreiner points out that all of the athlete’s weight needs to be placed onto the opponent. This is done first by lifting the knees off the mat. Then, the athlete translates all of his weight into the shoulder that is closest to his opponent’s head, driving it into his sternum and towards his legs. Then, he turns and „clocks“ further towards the „north“ – towards his opponent’s head – all the while driving the shoulder into his sternum.
This puts an enormous amount of pressure on the opponent. In order to increase the pressure even more, Schreiner walks back and drives his shoulder into his training partner’s neck, aiming to meet his hand with it.

Coach Schreiner says that this, in of itself, will often be enough to make your opponent tap. But even if it doesn’t, it is a good way to setup a transition to mount.

Why is It So Easy to Get the Mount From Here?
Because, in order to relieve the pressure that is put onto him by the athlete’s shoulder, the opponent will lift his hips up – and every time your opponent’s hips go up like that, it is a good time to mount him. This is because they will not be able to lift their hips any higher than they have already done, which then opens the space up for you to cross over with your leg and to establish mount position.

Jiu Jitsu Masterpiece For All Levels.

Calling this instructional “Game Changer” is possibly the understatement of the millennium. This must be the greatest collection of BJJ concepts, theories, and applications we have EVERY filmed. Professor Schreiner breaks down the “how’s” and “why’s” that every Jiu Jitsu practitioner must know in order to be a successful student, competitor, and instructor. Paul goes into great detail about mechanics, movements, positionings and more. The depth of the material covered in this series is so deep this may be the one instructional you will refer to throughout your BJJ journey. 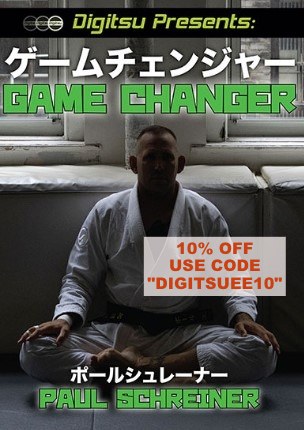